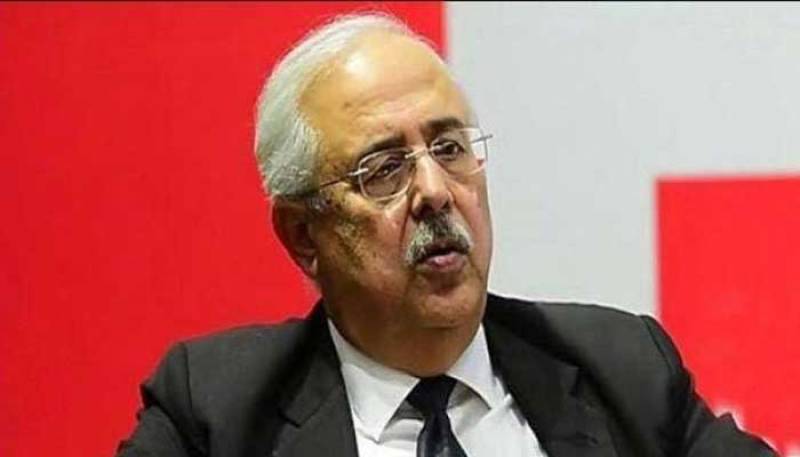 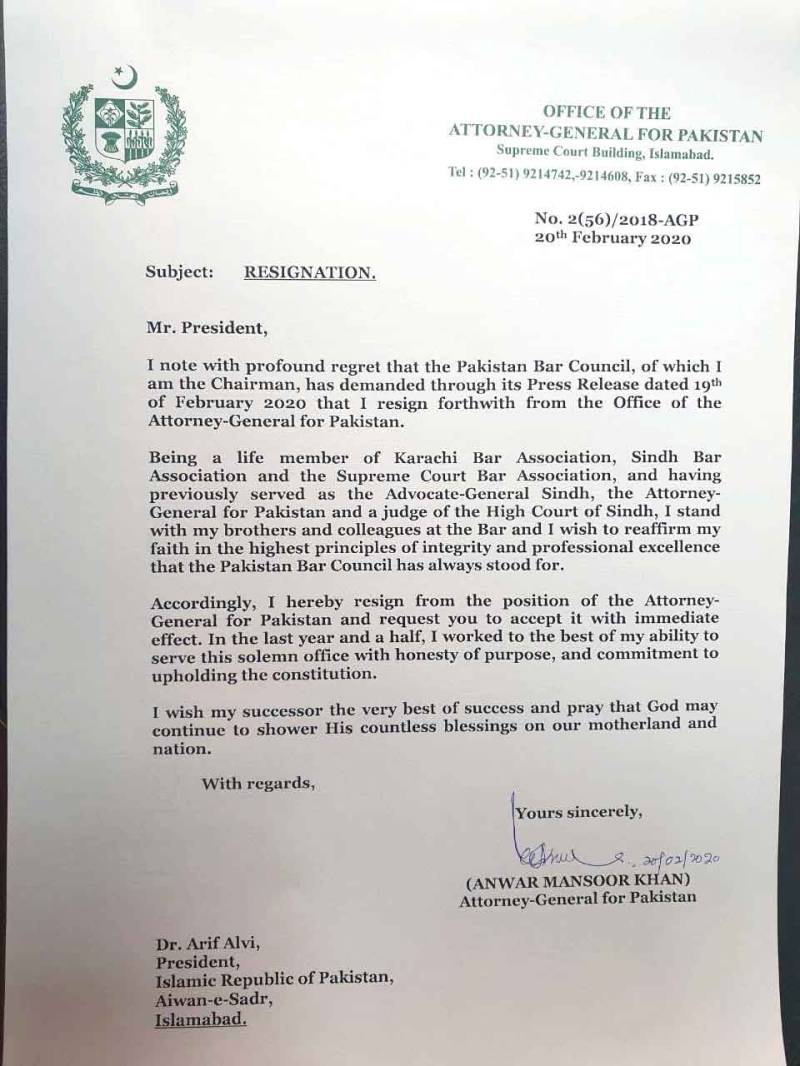 ISLAMABAD - Anwar Mansoor Khan on Thursday resigned from his post as the Attorney General of Pakistan.

“Certain statement was made by the attorney general about the bench and it would be appreciative that the material on the basis that he has made statement be placed before the bench,” the court noted down in its order.

“In case, no material was placed before this bench, we expect a written apology from the attorney general for having to touch the matter,” the court further noted in its order. “It is not against one but every member of the bench,” it added.