Police caught and arrested a Quran teacher named Hafiz Abdul Malik on the charges of rape of a minor from Okara’s Basit Town. This occured on Wednesday, 17th of January.

The uncle of the victim, Muhammad Asif immediately informed the police about the suspect, Abdul Malik who was the Quran teacher of the little girl. The madrasa teacher used to give private Quranic classes to other girls in the area as well.

In the FIR submitted by the girl's uncle, the Abdul Malik sexually assaulted and raped his niece when other girls were not in the house.

He also mentioned that the culprit tricked the 9-year-old girl into staying at home and raped her. During the interrogation, the accused confessed the inhumane actions he committed and therefore, is being charged.

Below is the copy of the FIR entered: 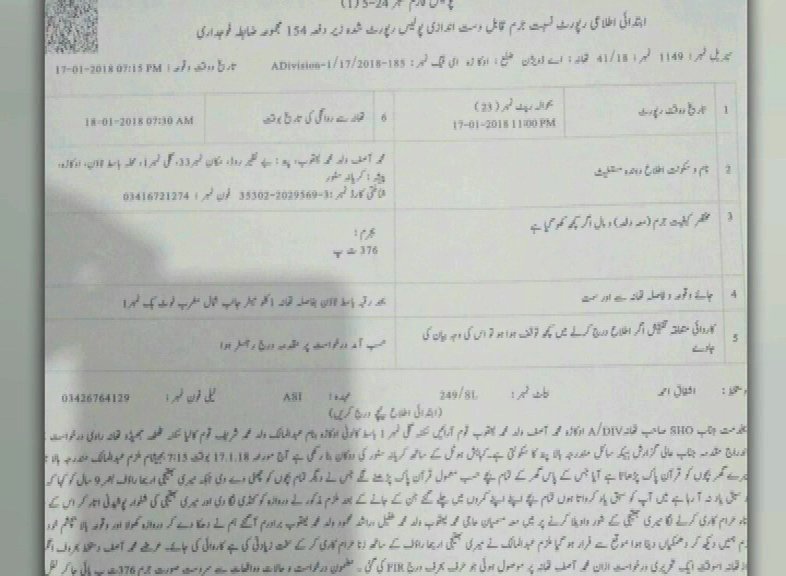 Hafiz Abdul Malik
Rapes 9 year old girl in Okara.Quran teacher.
She is in hospital.
Here it is. The face of Patriarchal Masculinity. Feeding off bodies of women,children,other men.Desperate 2 live up 2 a standard of violence,domination abusive power taught/Shaped over centuries pic.twitter.com/bFGDdK84ee

The DNA samples of Abdul Malik have been taken. Further charges and investigation will now take place.