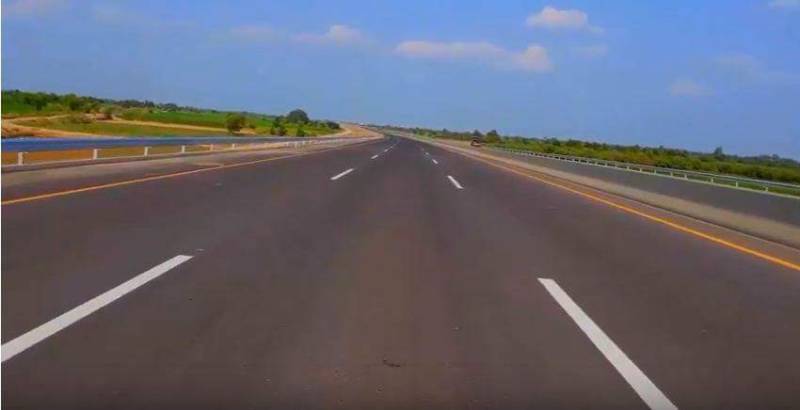 ISLAMABAD – The Lahore-Abdul Hakeem section of M-3 is scheduled to be opened for traffic by February 15, a senior official of National Highway Authority said.

According to an official, all physical work of this section had already been completed but due to some technical issues such as delay in approval for deployment of motorway police on this section, the motorway could not yet been opened.

He informed that the Gojra-Shorkot section of Faisalabad-Multan motorway was also near completion and it would be opened for traffic by next month.

He said the China Pakistan Economic Corridor (CPEC) funded Multan-Sukkur motorway is likely to be opened for traffic by August this year as work on the project is in progress according to the set schedule and there is no delay in the project.

“At present 83 percent of total work has been completed, out of which 392 kilometer roadbed and culvert passage, and other structures have already been completed," the official added.

Up to now, all the bridges are completed, and asphalt pavement works are advancing at full speed, and the building construction and ancillary works also being implemented actively.

The Multan-Sukkur motorway is part of Peshawar-Karachi Motorway which is also known as the Eastern Rout of CPEC. This rout starts from Karachi via Hyderabad, Sukkur, Multan, Islamabad, Lahore and other cities, and ends in Peshawar with a total length of 1,152 kilometers.

Sukkur-Multan has a design speed of 120 km per hour, and it is a two-way six-lane road with a contractual value of USD 2.889 billion (excluding $180 million tax exemption).

With a contract period of 36 months (including design period of four months), the project officially started on August 5, 2016.

Meanwhile Project Director of Shorkot-Dinpur section of M-4, Zafar Hayat said that work on the 34-kilometer section was also completed and it would also be opened for traffic by next month.

He said this section is being built at a cost of Rs 11,220 million and the project is funded by Asian Development Bank (ADB).

He said work on the 31-kilometer Dinpur-Khanewal section is also progress in full pace and would be completed soon.