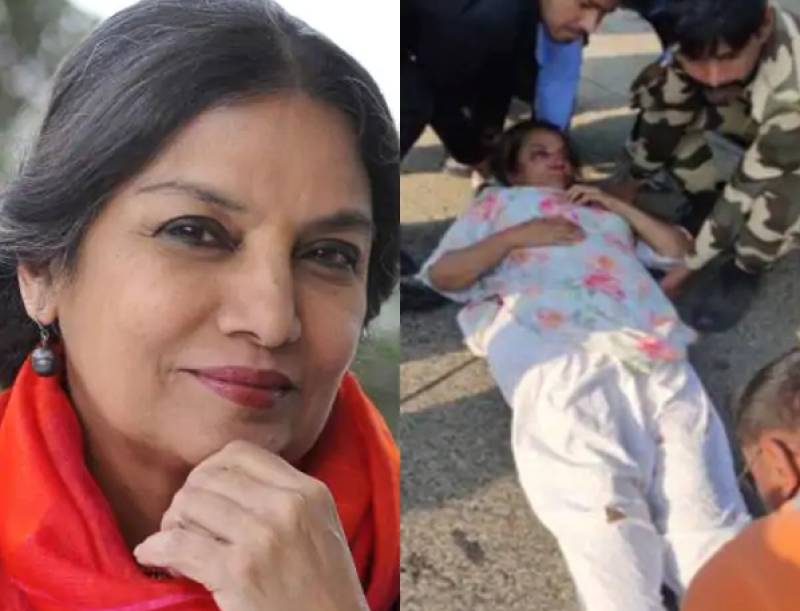 According to reports, the accident occurred near a toll plaza at the Mumbai – Pune Expressway as her car rammed into a truck. While Javed Akhtar, fortunately, managed to get away without hurting himself, his wife Shabana Azmi got seriously injured in the crash.

The actress was moved to a nearby hospital for medical care. The couple’s driver and another unidentified woman are also seriously injured in the mishap. The identity of the truck driver and his condition, too, isn’t known at this point.

Raigad Police: Actor Shabana Azmi&her driver got injured in accident near Kahalpur on Mumbai-Pune Expressway. Javed Akhtar was also present in the car, but he is safe. Their vehicle was hit by a truck while they were travelling from Pune to Mumbai. Injured shifted to MGM Hospital https://t.co/bezuNWvUTa pic.twitter.com/8YWtZoEUSF

Azmi, who is known for her stellar performances in classics like Arth, Khandhar and Mandi, is the daughter of famous Urdu poet Kaifi Azmi.

Her husband Javed Akhtar is one of India’s most celebrated screenplay writers and poets. Javed’s father Jan Nisar Akhtar too was a celebrated poet.