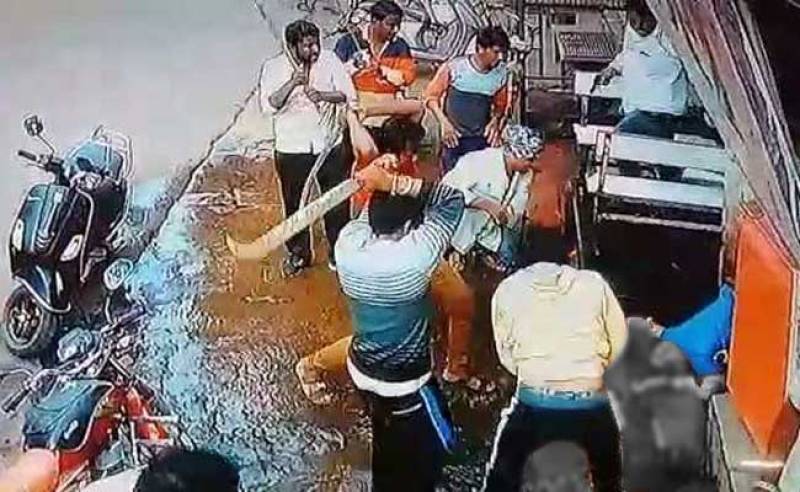 MUMBAI - In extremely disturbing CCTV footage of a murder, a man in India is shown being hacked to death with swords by a group of 11 men in broad daylight in Maharashtra's Dhule, around 280 km from Mumbai.

The men kept striking Rafiquddin, a local criminal, long after he had stopped moving. He was also shot in the head, NDTV reported.

The video emerged two days after the murder, which took place in the heart of the city.

According to the police, Rafiquddin was struck 27 times with swords before the killers escaped on bikes and scooters.

"He collapsed within moments, but was dragged to the road as the assault continued. In the video, one attacker keeps raining blows on his head, not stopping until he is pulled away by a gang-mate," the report said.

No arrests have been made so far. The attackers allegedly belong to a rival gang of local goons.

Officers claim that Rafiquddin was a criminal with more than 30 cases against him.