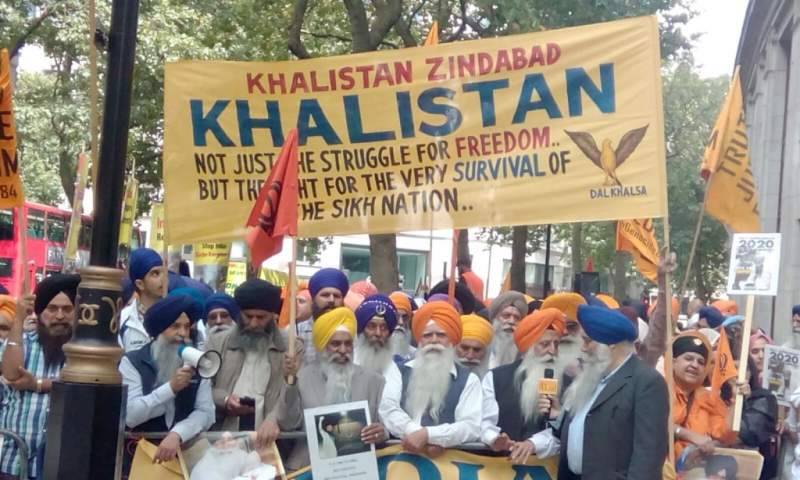 NEW YORK - Sikhs for Justice (SfJ), a New York-based advocacy group that plans to hold what it calls a “London Declaration” for an independence referendum for the Indian state of Punjab in the British capital on August 12.

The SfJ has offered to sponsor Sikh students and activists from various countries, including Pakistan, to participate in the event.

The August meeting, which will be attended by Sikh from all over the world, is set to shape up the “London Declaration On Referendum 2020” campaign seeking a separate state of Khalistan, said  SfJ in a press release.

India protested the convening of the pro-Khalistan rally in London convened by what it called a “separatist” organization, but the U.K. government said it has no plans to ban it so long as it is “within the law” and remains non-violent.

Gurpatwant Singh Pannun, the legal advisor to SfJ, said that the organization plans to provide sponsorship letters to participants from abroad and also arrange the free stay for them from August 10-14, according to the press release.

The SfJ that has initiated a social media campaign for the meeting at London’s Trafalgar Square proposes to unveil the declaration advocating for Sikhs’ right to self-determination for the independence of Punjab.

The SfJ asked interested overseas students and activists to Whatsapp their IDs and passport details to provide them a sponsorship letter to attend the meeting, which would be necessary to obtain a visa.

“The aim of this event is to raise awareness around the members of the community, the Sikh people call for self-determination and promote the non-binding referendum that SfJ will be holding in 2020," said Pannun.

“The event will be attended by thousands of Sikhs from across the UK, Europe, North America and Australia,” he added.