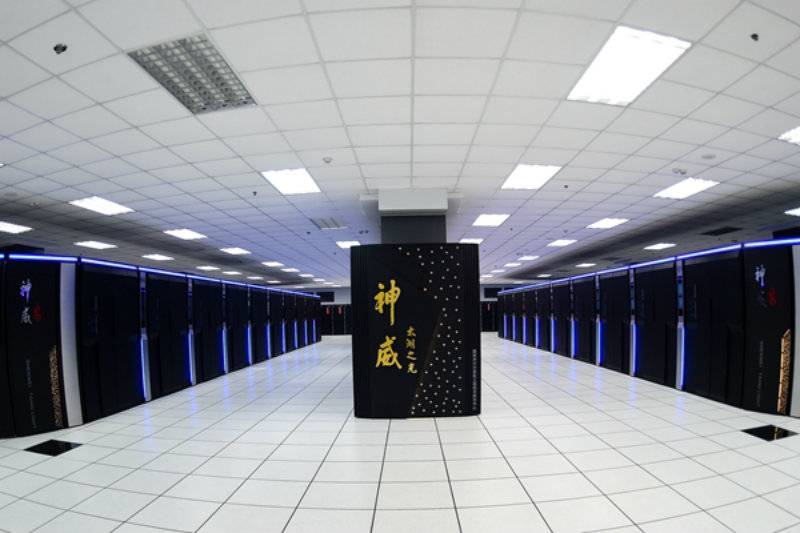 BEIJING (Web Desk) - China's Tianhe-2 supercomputer has just been overtaken as the world's fastest by another Chinese computer, the Sunway TaihuLight, capable of 93 million billion floating-point operations per second.

But TaihuLight gives the Chinese another source for national pride: it was built using Chinese chips, unlike its predecessor, which used processors from Intel.

And that's not all: The 47th edition of the Top500 supercomputer rankings now contains 167 Chinese systems, putting that country ahead of the U.S. with 165.

The 93 petaflop Sunway TaihuLight is installed at the National Supercomputing Centre in Wuxi. At its peak, the computer can perform around 93,000 trillion calculations per second.

It is twice as fast and three times as efficient as the previous leader Tianhe-2, also from China, said Top500 which released the new list on Monday.

Its main applications include advanced manufacturing, weather forecasting and big data analytics, wrote Jack Dongarra in a paper about the new machine, according to Top500 - an online forum which releases the ranking of supercomputers.

It has more than 10.5 million locally-made processing cores and 40,960 nodes and runs on a Linux-based operating system.

"Considering that just 10 years ago, China claimed a mere 28 systems on the list, with none ranked in the top 30, the nation has come further and faster than any other country in the history of supercomputing," said Top500.

The US has four supercomputers in the top 10 of the Top500 list, while China has two which currently occupy the top two places.

The other positions in the top 10, published twice a year, are occupied by machines from Japan, Switzerland, Germany and Saudi Arabia.