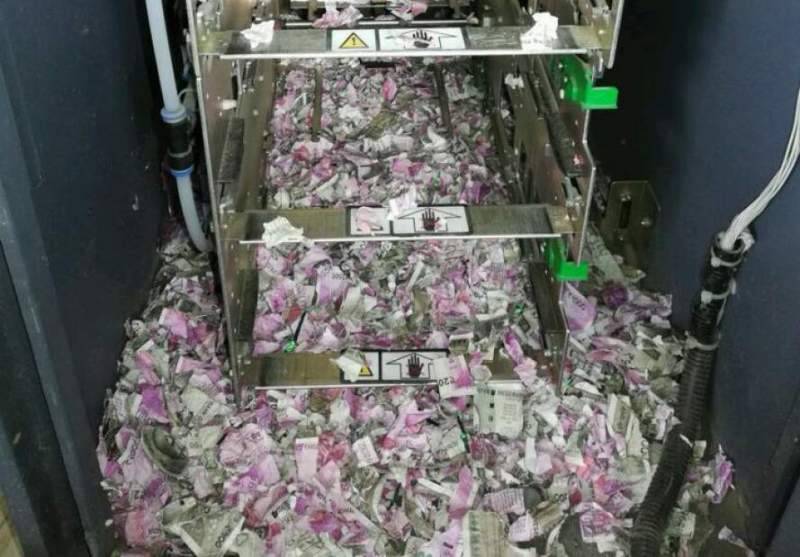 NEW DELHI – In a bizarre incident, more than INR 1.2 million has been chewed up by rats inside a State Bank of India's ATM in Assam's Tinsukia district of India.

The ATM had been reported as being down since May 20, and technicians were called in to fix it. When they opened it up on June 11, they found only millions of pieces of shredded bills, reported India Times.

Bank officials claimed rodents nibbled notes worth Rs 12,38,000. The ATM is run by a Guwahati-based financial company named FIS, which had reportedly deposited Rs 29 lakh inside the machine on May 19.

A video doing rounds on social media shows ATM compartment laden with feces all over.

According to Tinsukia district Superintendent of Police, Mugdhajyoti Mahanta, the maintenance company had called its engineer from Kolkata to repair the ATM.

"When the engineer and other officials opened the ATM on June 11, they found destroyed notes and also found a dead mouse inside the ATM," the superintendent said.

A police complaint has been filed and the incident is currently under investigation.