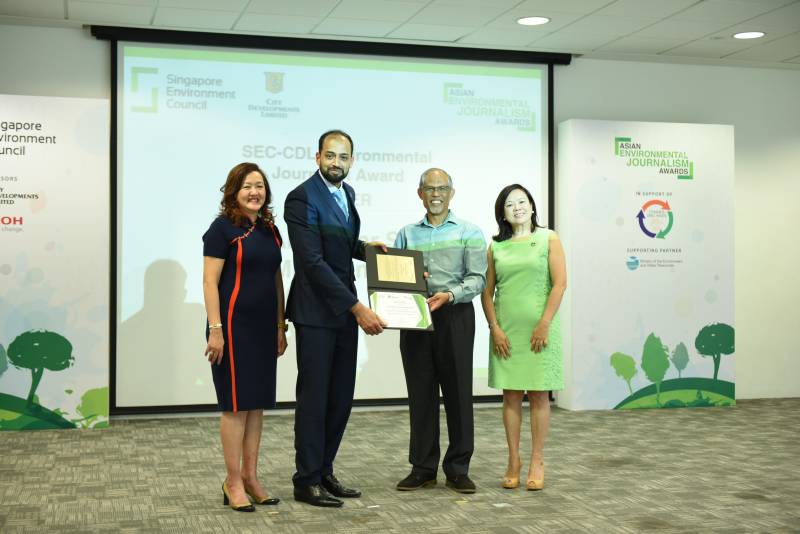 According to a press release issued here from Singapore Environment Council, Syed Muhammad Abubakar, a Lahore based environmental journalist, is among the fifteen journalists and media outlets from around Asia who were recognised for their outstanding environmental reporting at the Asian Environmental Journalism Award (AEJA).

The award honours individuals and organisations that report news stories on sustainability issues facing our planet and the Asia region.

Guest of Honour, Mr Masagos Zulkifli, Singapore’s Minister for the Environment and Water Resources presented the winners with their awards.

This year’s AEJA entries cover everything from sustainable farming in Pakistan to hail storm disasters in Myanmar. The breadth of environmental topics covered was amazing.

The work exemplifies the professionalism of Asia’s environmental journalists and how they take highly complex issues and make them clearly understood by the Asian community,”, reads the press release. 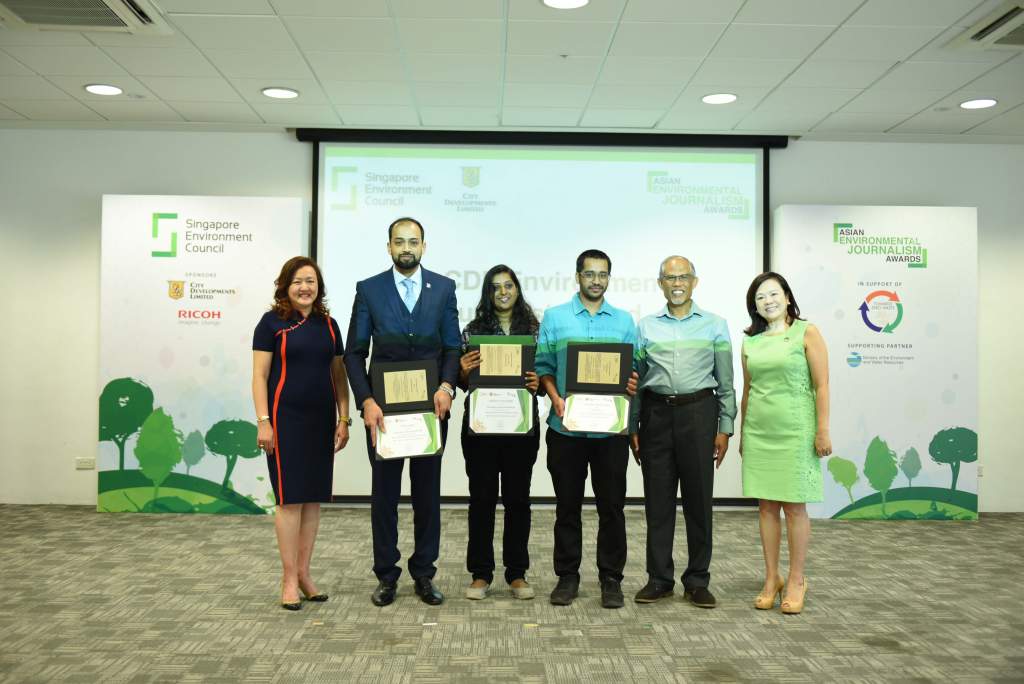 “This award epitomises the best qualities of professional journalists and recognises them as unsung heroes for the green cause.

Abubakar is passionate about climate change, global warming, deforestation, food security, and sustainability and biodiversity issues. He writes for a number of leading English news dailies in Pakistan.

The winner of the Young Environmental Journalist Award is Ms Fatima Arkin, who started her career at the award-winning Philippine Centre for Investigative Journalism.

The Environmental Photograph winner whose photograph titled “Unquiet flows the ulhas” captured water pollution that resulted from the discharge of millions of litres of sewage and industrial effluents flow to the river banks.

“The photo serves as a reminder of the importance of having clean water in rivers to maintain biodiversity. Today is an important day as we not only celebrate the journalists but Earth Day and World Water Day in advance,” said Ms Huang-Loh.

World Water Day is an annual UN observance day that highlights the importance of freshwater.

The day is used to advocate for the sustainable management of freshwater resources. Held annually on 22 April, Earth celebrates environmental protection.