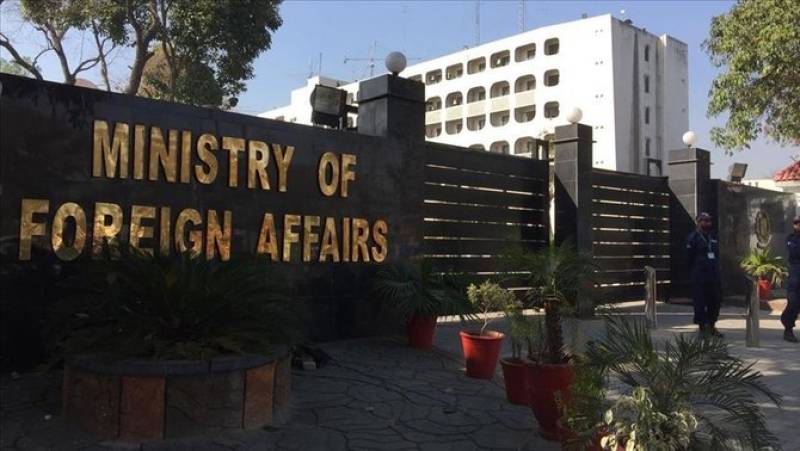 and rejected India’s illegal actions to redefine domicile rules in Indian Occupied Jammu and Kashmir (IoJ&K) with an objective to alter its demographics.

“The statement notes that since 5 Aug 2019, India,despite widespread international condemnation from UN, OIC and other human rights bodies, continues to pursue systematic persecution of Kashmiri Muslims through vicious political, economic and communication blockade in IoJ&K,” the FO Spokesperson said.

“While the world is striving to fight a global pandemic of COVID-19, India has mischievously used the opportunity to illegally alter the demographic composition of Muslim majority in Indian Occupied Jammu and Kashmir,” the OIC-IPHRC said in a statement.

The statement stressed that the people of Kashmir had squarely denounced this law as yet another illegal move and expressed their resolve to stand firm against the tyranny of Indian occupation.

It said the earlier concerns, expressed by the Commission, were proving to be real as series of actions by the Indian government paved way for ‘settlement colonialism’ through forced demographic change, institutionalizing a system of domination over indigenous Muslim population by converting them into minority within their homeland and obviating the exercise of their right to self-determination.

“This is a manifest violation of the human rights of the Kashmiri people guaranteed under well codified international human rights treaties including Articles 27 and 49 of the Fourth Geneva Convention, which clearly declare any illicit transfer of population in conflict zones or disputed territory as illegal,” it said.

The OIC-IPHRC expressed concern that the step would not only change the demographics of the occupied area and resultant disenfranchisement but would further complicate the dispute which has already claimed thousands of innocent lives of Kashmiri Muslims, the Commission added.

“The Commission is appalled to note that, since 5th August 2019, the Indian Government, despite widespread international condemnation from UN, OIC and other human rights bodies, continues to pursue systematic persecution of Kashmiri Muslims through vicious political, economic and

communication blockade in the IoJ&K,” it said.

The statement mentioned that despite deployment of over half a million security personnel, the Indian Government had failed to quell the Kashmiris’ legitimate struggle for the right to self-determination.

“The denial to Kashmiris of their basic human rights and fundamental freedoms including the right to life, right to self-determination, right to freedom of expression, freedom of religion, right to peaceful

The Commission urged the UN and the international community to play their due role to pressurize India to abide by the relevant UN Security Council and OIC resolutions to refrain from any administrative and legislative actions, which tantamount to altering the geographic and demographic status of the

It also stressed restoration of fundamental freedom of Kashmiris, repealing its discriminatory laws and allowing people of Kashmir to exercise their inalienable right to self-determination through a free and fair plebiscite as provided in the relevant UN and OIC Resolutions.