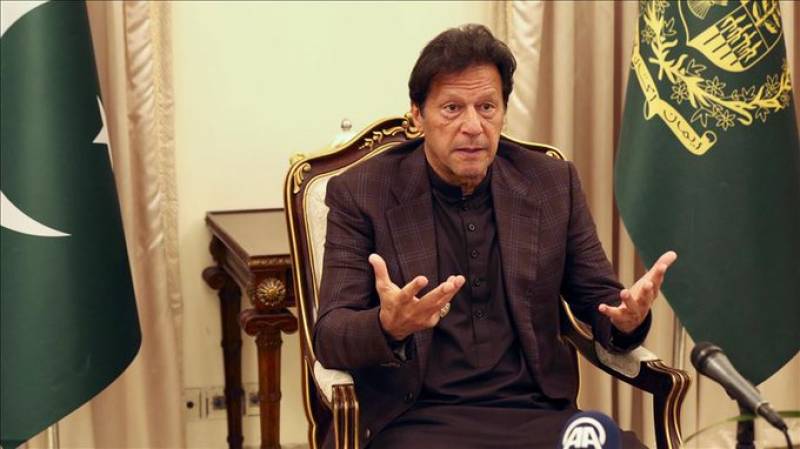 ISLAMABAD – Prime Minister Imran Khan has warned richer countries to prepare to write off the debts of the world’s poorer states, expressing fear the coronavirus could devastate the economies of developing nations.

“My worry is poverty and hunger,” Khan said. “The world community has to think of some sort of a debt write-off for countries like us, which are very vulnerable, at least that will help us in coping with [coronavirus].”

In an interview with Associated Press released on Tuesday, the prime minister said “if a serious outbreak happens in Pakistan, he’s worried his government’s efforts to lift the ailing economy out of near-collapse would begin an unstoppable slide backward”.

The prime minister feared exports fall-off, soared unemployment would and an onerous national debt to become an impossible burden.

Imran Khan further called for lifting sanctions against Iran, the epicenter of the coronavirus outbreak in the Middle East.

As most of Pakistan’s cases of the coronavirus traced back to Iran, Khan said Iran was a “classic example” of a place where the humanitarian imperative to contain the outbreak outweighs political rivalries or economic dogmas.

In a further call for action from the international community, Khan said it was time to end U.S. sanctions on Iran, where one of the worst coronavirus outbreaks in the world has unfolded.

“The worst nightmare of the world has happened — an extremist, racial party that believes in racial superiority has taken over a country of more than one billion people and has nuclear weapons,” he said.

“That’s when I went to the United Nations” to warn of the danger posed by Indian Prime Minister Narendra Modi’s Hindu nationalist-led government, he said.

Khan said he’s also warned about violent strife on the other side of his eastern border, amid the rise Hindu nationalism in India.

A new citizenship law in India fast-tracks naturalization for foreign-born religious minorities of all major faiths in South Asia, except Islam. There are about 280 million Muslims there.

Imran Khan criticized recent comments by the president of neighboring Afghanistan, which appeared to reference accusations that Pakistan used militants to further its own goals in years past.

He called Ghani’s comments “disappointing,” and said that since taking office, he’s worked hard with the U.S. to help cobble together a pace deal in Afghanistan.

“If anything, it should have been appreciation of the way Pakistan has gone about furthering the peace process,” Khan said.

He said he always opposed his country’s participation in the “war on terror,” calling it a waste of Pakistani lives and money.