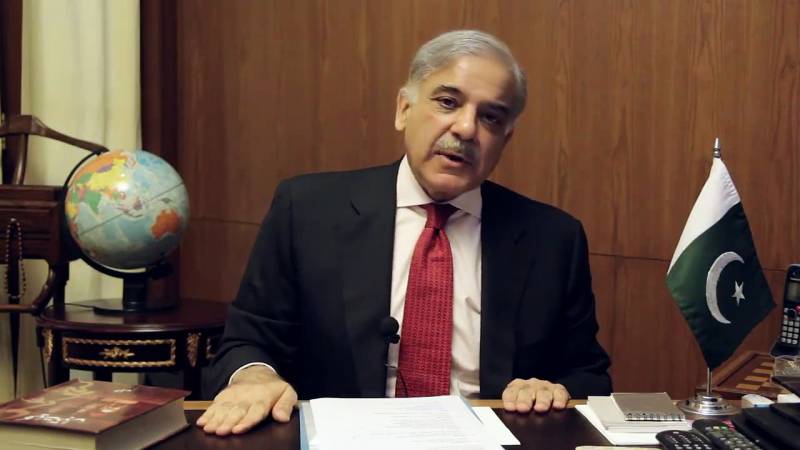 LAHORE - Chief Minister Punjab Shehbaz Sharif claimed on Sunday that he along with his brother Nawaz Sharif had played no role regarding the dubious release of CIA contractor Raymond Davis back in 2011.

Talking to newsmen days after a memoir of Davis stirred a storm in civil-military corridors, the CM expressed that his government had nothing to do with the American citizen’s release from prison, after he had killed two civilians Faheem and Faizan at Lahore's Mozang chowk.

"I had declared in my press conference at the time of Davis’ release that the Punjab government had [played] no role in it, nor had it provided the funds for payment of diyat (blood money) to the heirs of Pakistanis killed by the American national," said Shehbaz Sharif.

"The book of Raymond Davis has ‘seconded’ my claim and set the record straight," added the CM.

“Ask the people mentioned in Davis’ book about his release from prison,” he said in response to a question, adding that “the names of those who approached the victims’ families [to make them accept blood money] also stand exposed.”

Contrary to a popular perception in ranks of ruling PML-N, Shehbaz Sharif did not seek to give the impression that democracy was under threat following the launch of an investigation into the offshore assets of Sharif family in the backdrop of Panama papers probe.

In response to a question about the ongoing “political unrest” in the country, the chief minister recited an Urdu verse: “Yeh tau chalti hai tujhay ooncha udanay kay liay (it blows to make you fly high).”

The legislator berated his political foes regarding the lack of burns unit in the province, which was one of the reasons that had contributed to a high death toll in the oil-tanker fire incident near Bahawalpur.

“One of the world’s best burn units is operational in Multan while burn units are also working in Rawalpindi, Faisalabad and other major Punjab towns,” said Mr Sharif.

In a veiled reference to Pakistan Tehreek-e-Insaf-led Khyber Pukhtunkhwa province, PML-N stalwart urged his opponents to put their own house in order because, according to him, no burn unit was functioning in their provinces.

Punjab Law Minister Rana Sanaullah Khan had called for formation of a joint investigation team to determine who had paid Rs240 million on behalf of Davis to heirs of the people killed as per the diyat law.

In an interview with a private television channel on Saturday, Mr Khan claimed that the provincial government had been pressured to stop it from lodging an FIR in the case but the government went ahead and registered a case against Davis.

Ramond, a CIA contractor became the centre of a diplomatic row between Pakistan and US after he killed two civilians in Lahore in broad daylight, back in January 2011.

After having spent 48 days behind bars, the CIA contractor mysteriously got released after the heirs of those whom he killed were paid blood money mysteriously.

Davis went straight to airport from Kot Lakhpat jail from where he flew off to Kabul before making his way back to US.

His memoir released last week gives a complete episode of how he got arrested and was released by Pakistani authorities, despite public pressure.

Contrary to the claims of Shehbaz Sharif, Davis' memoir suggests another viewpoint according to which Nawaz Sharif played a role in his release.

“The Pakistani military was also rumoured to have had a hand in it. So, too, President Zardari and Nawaz Sharif,” wrote Raymond Davis in his sensational memoir.