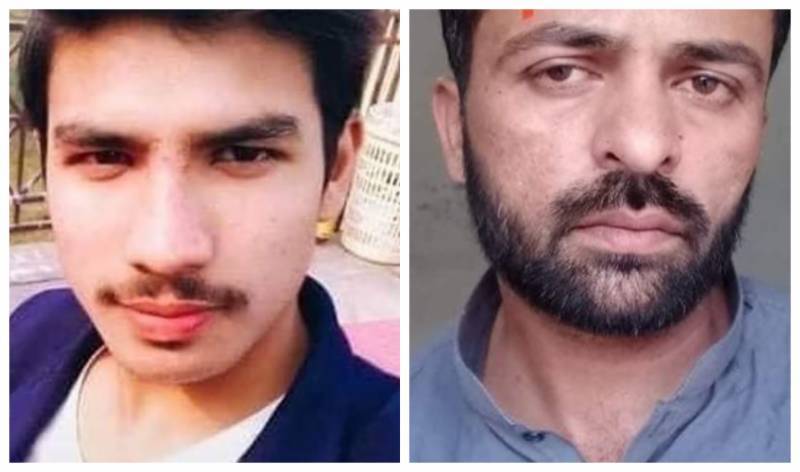 Lahore: A policeman, who allegedly killed an 18-year-old boy for refusing to have a sexual relationship in Kasur, has been arrested on Tuesday.

Sami-ur-Rehman, who was also hafiz e Quran, was shot dead by Punjab Highway Patrol (PHP) police constable Masoom Ali in the limits of Khudian police station when he was going to offer morning prayer on the first day of Eid Al Fitr.

The arrest came after Punjab Chief Minister Sardar Usman Buzdar took notice of assassination of a Hafiz-e-Quran in Kasur.

LAHORE – Punjab Police have arrested one of its constables over the murder of a teenage boy in Kasur district, it ...

He expressed deep sense of grief and sorrow to the bereaved family over the assassination and assured them to provide justice at any cost.

He also sought a report from Inspector General Police and directed to arrest the accused and give him horrific punishment as per law.

Qari Khail-ur-Rehman, the father of victim Sami-ur-Rehman, told the police in first statement that Masoom Ali intercepted his son while the boy was on his way to an area mosque for morning prayers on the first day of Eid-ul-Fitr. On gunpoint, Ali attempted to rape Rehman upon which the boy resisted. After a brief altercation, the man fired a shot from his 30-bore pistol which hit the boy in his chest.

While the attacker fled the scene brandishing the weapon, the victim was rushed to Kasur’s DHQ Hospital. Later the boy was taken to Lahore General Hospital for further treatment, where he succumbed to his wound.

Sami-ur-Rehman was a Hafiz-e-Quran (memorizer of the holy book), and led his first Taraweeh in this Ramadan.

His killer was arrested soon after the victim’s family lodged an FIR with the local police.

Soon after, netizens took to the social media to condemn the brutal murder in Kasur, which is famous as a hotspot for sexual predators. A hashtag, #JusticeForSamiUrRehman, calling for maximum penalty to the attacker, remained among the top trends on Twitter in Pakistan.