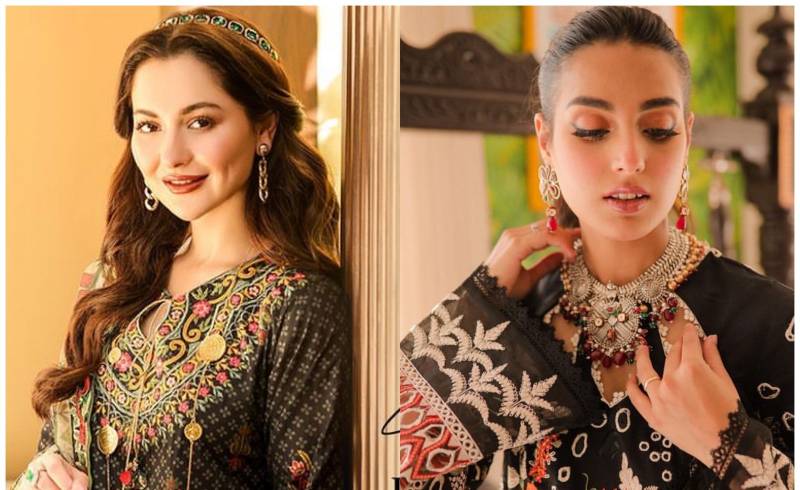 Leading actresses Hania Aamir and Iqra Aziz's latest interaction have left eyebrows raised as it seems the duo might not be on good terms.

However, as soon as Iqra approached Hania to congratulate her, the Titli actor ignore her and greeted someone else. The Jhooti actress retreated the stance and awkwardly shifted away from the scene.

Later on another video as gone viral from the same night which shows the Sang e Mah actress greeting Aziz warmly, thus clearing that there is no bad blood in between the two divas.

On the work front, Hania Aamir and Ali Rehman Khan starred in the upcoming film Parde Mein Rehne Do. Written by Mohsin Ali, the movie is co-produced by Wajahat Rauf, Zayed Sheikh, and Shazia Wajahat.