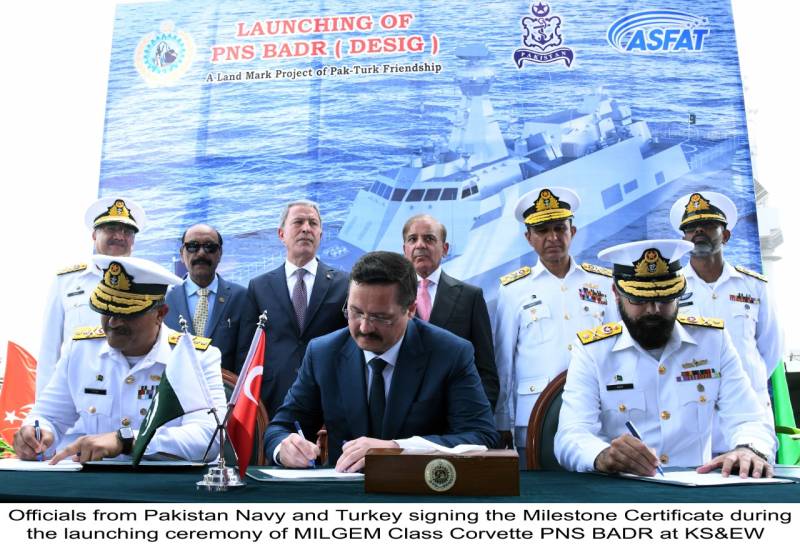 Addressing the launching ceremony, the premier said relationship between Pakistan and Turkey is reaching new heights and both countries will continue to cooperate with each other in diverse fields.

"The MILGEM-class corvette ship PNS Badar is a sign of growing cooperation between Pakistan and Turkey," Sharif said, adding that it is a huge milestone towards self-dependence in the ship building industry.

Lauding the workmanship of the engineers and workers of Karachi shipyard, he thanked the Turkish Defense Minister for attending the ceremony with his delegation.

On the occasion, he also announced an appreciation amount of 100 million rupees to the workers and management of Karachi Shipyard.

The class of four Babur corvettes are being built under the joint venture MILGEM project between Pakistan and Turkey, with two ships being built in Istanbul, Turkey and two in Karachi, Pakistan at a cost of around $1.5 Billion to the Pakistan Navy.