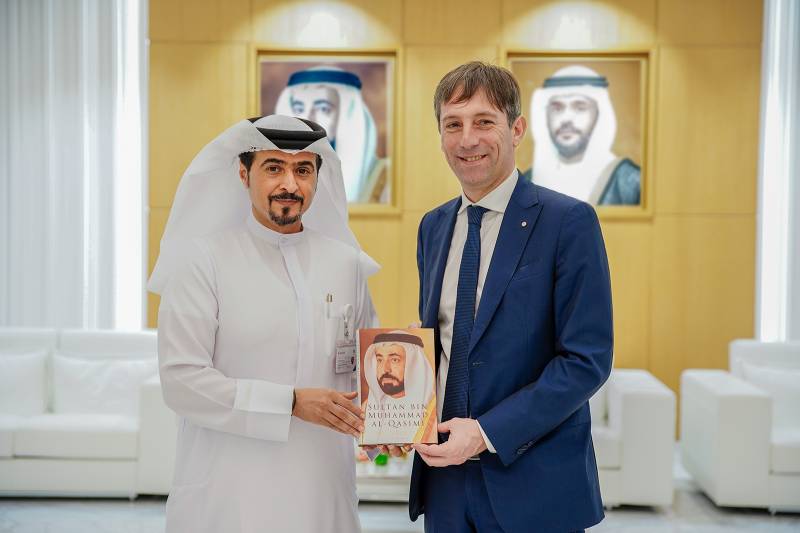 During the meeting held at the SBA headquarters, Al-Ameri highlighted the authority’s mission, which aims to support and promote the publishing industry based on the vision of Sheikh Dr. Sultan bin Muhammad Al Qasimi, Supreme Council Member and Ruler of Sharjah , which seeks to build Sharjah’s relationship with cities of the world based on books and knowledge. 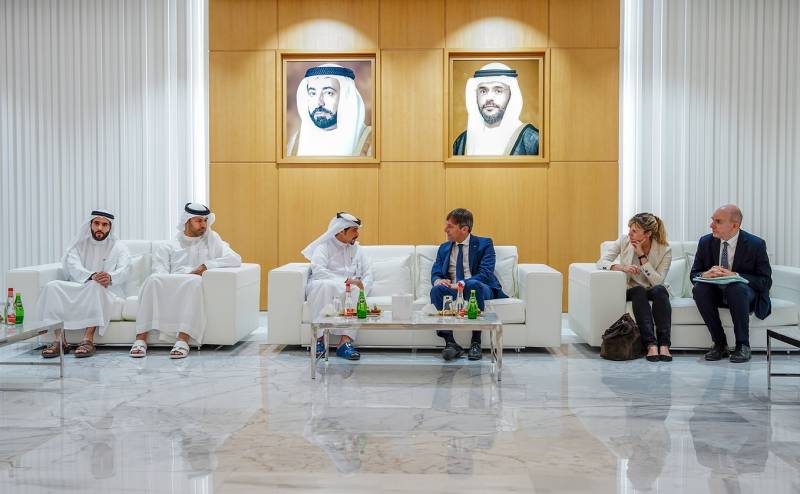 The chairman briefed the delegation on the roles, services and incentives offered to publishers from around the world at Sharjah Publishing City Free Zone (SPCFZ), the world’s first publishing and printing free zone. He also shared the achievements of the recently concluded 38th edition of the Sharjah International Book Fair (SIBF). Focusing on the long history of cultural cooperation between Sharjah and Italy, Al Ameri informed the visiting delegation about the recently formed partnerships with Turin International Book Fair, Sharjah’s participation as Guest of Honour at the Bologna Children’s Book Fair 2020, and their cooperation with other Italian cultural entities.

Commenting on the visit, Al-Ameri said that SBA continues to expand its vast network and strengthen mutually beneficial relationships with public and private entities worldwide working in the publishing and larger cultural sectors. He also emphasised that the Italian delegation’s visit to Sharjah was reflective of the long-standing relationship between Italy and the UAE.

“We highlighted to our Italian counterparts the strategic steps Sharjah has been taking over the years to enable the cultural scene in the UAE and the Arab region to continue to grow and flourish. Today, Sharjah is the UNESCO World Book Capital 2019 – an ambassador of Emirati and Arab culture at top international gatherings. We will continue on our journey to reach more milestones, as we popularise the UAE’s unique cultural project in the region and the world.” 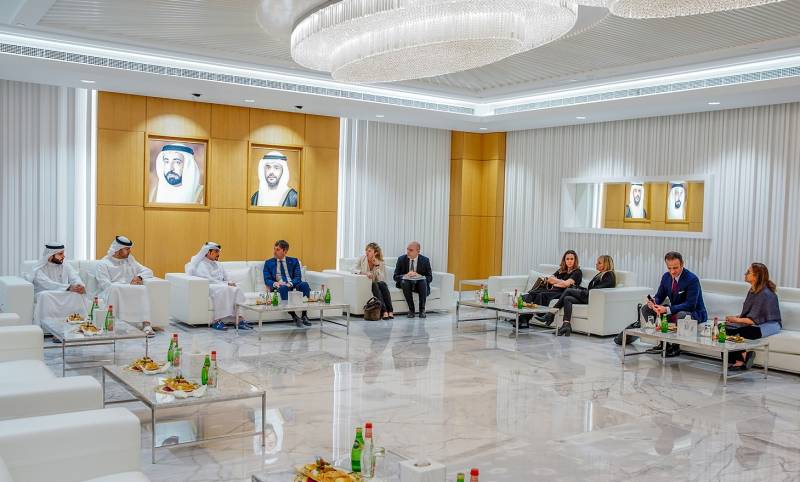 The Italian delegation praised the efforts led by the emirate in the cultural, academic, economic and technological fields. They pointed out that Sharjah and a great number of Italian cities share a common vision and aspirations, which will serve as a foundation for future cooperation between them.

Established in 2014, SBA is dedicated to encouraging investments in creative industries and offer a platform for the exchange of knowledge and ideas between people from different countries and cultures.

SBA is tasked with highlighting the significant role of writers and their influence in promoting community awareness in view of the technological advancement and diversity of sources of knowledge nowadays.

SBA also aims to attract relevant bodies and figures operating in the cultural sector in general and the publishing, printing, translation, documentation and children’s books in particular.