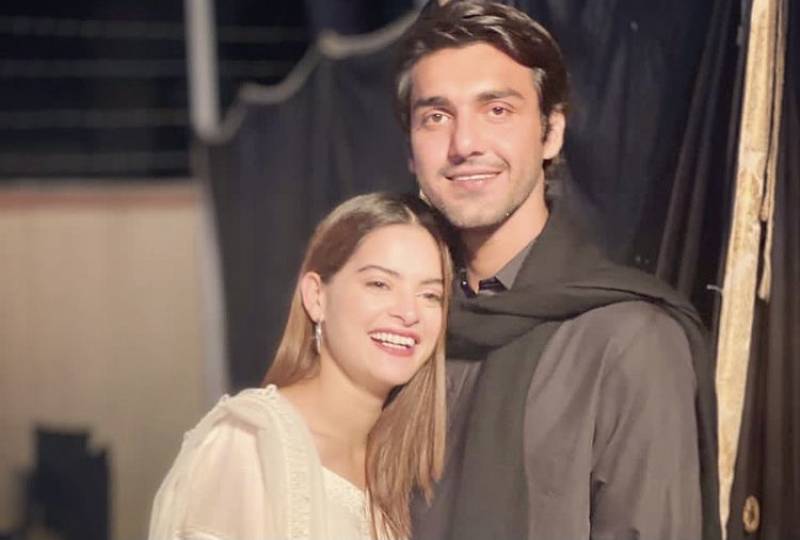 While Aiman and Muneeb are on a vacation trip to Turkey, Minal Khan had an intimate celebration with her rumored beau Mohsin Ikram. The video that went viral on social media shows a vibrant birthday setup with the Minal Khan all dressed up looking super pretty in a black outfit while Mohsin Ikram struggles to light up the candle while smiling. Chores of happy birthday are sung as Minal Khan cuts the scrumptious cake beaming with happiness.

Here is the video of the celebrations:

It is to be noted that previously such rumors have not been entertained by Minal Khan and Mohsin Ikram and even though they haven’t confirmed their relationships a little sneak peek picked up for Mohsin Ikram’s official Instagram is enough to fuel the speculations.

Minal Khan and Mohsin Ikram are Parachayee co-stars and their interactions have left the huge fan following of Minal Khan into tizzy. Mohsin wishes his rumored lady love in his latest Instagram post:

Minal Khan is currently ruling the drama industry with two of the highest rated dramas on-air Jalan and Nand.