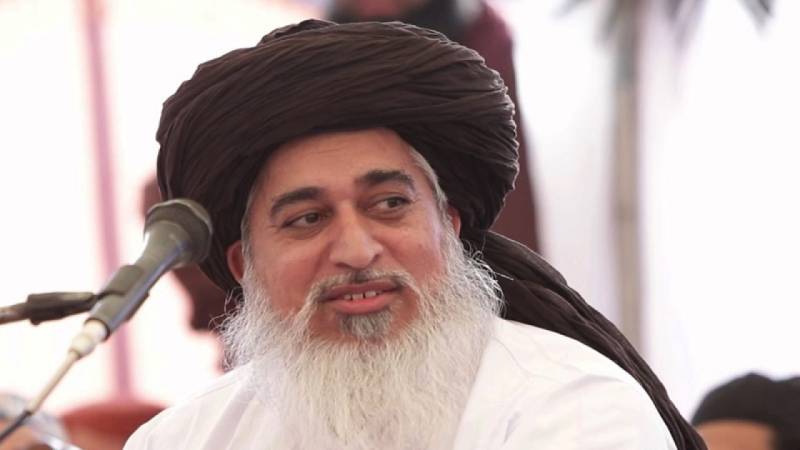 ISLAMABAD – US Central Command (USCENCOM), one of the eleven unified combatant commands of the US Department of Defense, has expressed condolence over demise of Tehreek-e-Labbaik Pakistan (TLP) chief Allama Khadim Hussain Rizvi.

Rizvi passed away on Thursday after prolonged illness. He took his last breath when he was being shifted to Sheikh Zayed Hospital in Lahore.

His funeral prayers will be held on Saturday in Lahore.

Prime Minister Imran Khan, Chief of Army Staff (COAS) General Qamar Javed Bajwa, and other prominent figures have expressed grief over the death of the cleric.

Khadim Hussain Rizvi, who founded the religio-political organisation in 2015, was born in 1966 in the Pindigheb area of Attock District, Punjab.

He had started hifz course from a madrassah (religious school) in Jhelum before taking admission in Jamia Nizamia, Lahore. He was a Hafiz-e-Quran and Sheikh-ul-Hadith.

LAHORE – A leader of Tehreek-e-Labbaik Pakistan (TLP) has quashed the rumours about Khadam Hussain Rizvi coming ...

He delivered Friday sermons at Lahore's Pir Makki Masjid while serving in the Punjab Auqaf and Religious Affairs Department. However, he was removed for the post for supporting a police official named Mumtaz Qadri’s move to assassinate Governor Punjab Salmaan Taseer.

He has been confined to a wheelchair since 2009 ever since an accident near Gujranwala as the driver of his vehicle fell asleep while driving from Rawalpindi to Lahore.

RAWALPINDI – Chief of Army Staff General Qamar Javed Bajwa conveyed his condolences over the demise of the TLP ...

TLP shot to fame after it launched protests against the hanging of Mumtaz Qadri, who assassinated Salmaan Taseer, the Governor of Punjab, for opposing the blasphemy laws.

The religio-political party is known for its massive countrywide protest against any changes in blasphemy laws.

The TLP recently led a sit-in in the federal capital, urging the government to oust French envoy from Pakistan over French President Emnual Macron’s anti-Islam remarks. It called off the protest after the PTI government and TLP leaders reached an agreement with main clause that French ambassador will be ousted through legislation within two or three months.