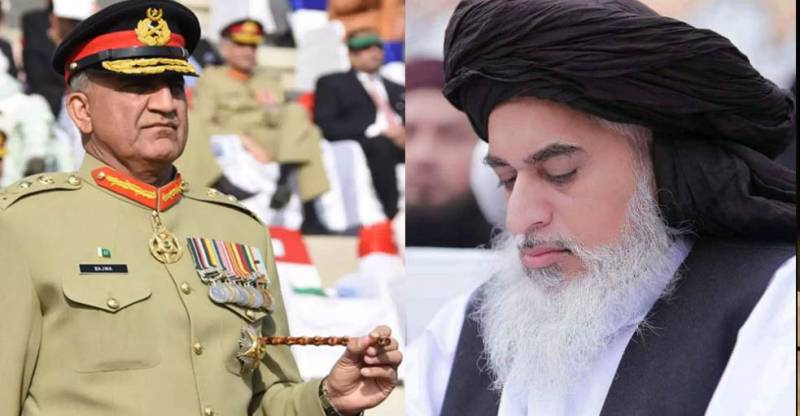 According to the Pakistan army media wing, “May Allah Almighty bless the departed soul in eternal peace,” the COAS said.

Earlier on Thursday, cleric and chief of Tehreek-e-Labbaik Pakistan (TLP), Khadim Hussain Rizvi passed away after a prolonged illness. The hospital sources confirmed the death before arriving at the hospital for treatment.

Prime Minister Imran Khan had also expressed grief over the demise of Tehreek-e-Labbaik Pakistan (TLP) head. The premier in a tweet offered his condolences to the bereaved family.

On the passing of Maulana Khadim Hussain Rizvi my condolences go to his family. Inna lillahi wa inna ilayhi raji'un.

Khadim Hussain Rizvi, who founded the religio-political organisation in 2015, was born in 1966 in the Pindigheb area of Attock District, Punjab. He had started hifz course from a madrassah (religious school) in Jhelum before taking admission in Jamia Nizamia, Lahore. He was a Hafiz-e-Quran and Sheikh-ul-Hadith.

He was confined to a wheelchair since 2009 ever since an accident near Gujranwala as the driver of his vehicle fell asleep while driving from Rawalpindi to Lahore.