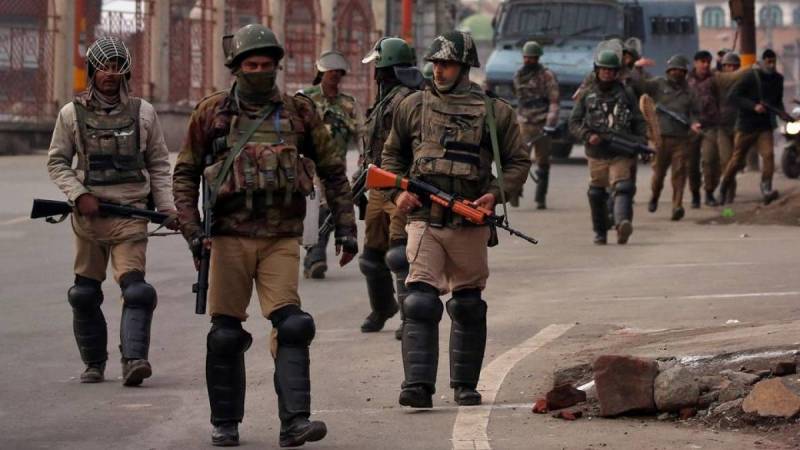 SRINAGAR – Indian troops, in their fresh act of state terrorism, martyred another Kashmiri youth in Kulgam district of illegally occupied Jammu and Kashmir on Saturday.

The troops martyred the youth during a cordon and search operation in Ashmuji area, according to Kashmir Media Service.

Earlier in the day, the occupant forces handed over the dead bodies of two civilians, who were gruesomely killed in a fake ecounter in Hyderpora area of Srinagar earlier this week.

The bodies of Muhammad Altaf Butt and Dr Mudasir Gul were exhumed on Thursday evening from Handwara graveyard, where they had been buried without presence of family members.

A day earlier, complete shutdown was observed against the killing of four civilians by Indian troops in a fake encounter in Srinagar this week.

Call for the strike was given by the illegally detained All Parties Hurriyat Conference Chairman, Masarrat Aalam Butt, and the Hurriyat forum led by Mirwaiz Umar Farooq and supported by almost all Hurriyat leaders and organisations and High Court Bar Association.

Shops and business establishments were closed and the vehicular movement on the roads was very thin.

ISLAMABAD – Pakistan has strongly condemned the extrajudicial killings of another five Kashmiris by Indian ...