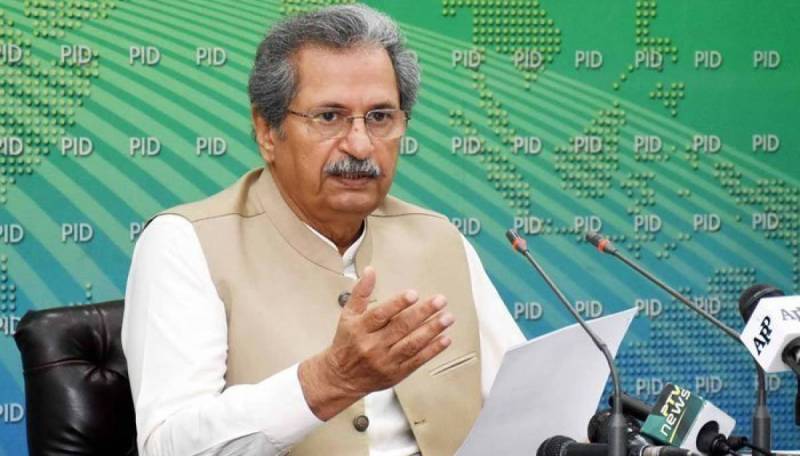 ISLAMABAD – Federal Education Minister Shafqat Mahmood on Saturday responded to the reports about the closures of educational institutions saying the government is not closing schools amid poor air quality.

As toxic smog blanketed many parts of Punjab, specifically provincial capital Lahore, which is currently ranked among the worst cities in the world for air pollution, students were expected to schools closures similar to New Delhi.

Amid the speculations, Shafqat Mahmood, said that the closure of schools already adversely affected academics amid the Covid pandemic. “We are not going to close schools due to smog as the schools were already closed due to novel virus for 1.5 years following which education in the South Asian country has already suffered a lot”, he said.

Respiratory diseases are spreading at a rapid pace due to utterly poor air quality in the country’s most populous province as levels of pollutants last week reaching more than 30 times the maximum limit recommended by the WHO.

Meanwhile, in the Indian capital has closed all educational institutions for an indefinite period amid alarming air quality index while many of the parents of school-going children in Pakistan are also demanding the same from officials as students suffered pulmonary problems.

LAHORE – The Lahore High Court (LHC) has directed private offices to halve their staff’s presence at ...

On Thursday, the Lahore High Court ordered the Punjab government to issue a notification directing private offices in the provincial capital to halve staff attendance amid poor air quality.

The court issued the directives while hearing a set of petitions on the provincial government’s failure to appropriately deal with environmental issues.

LAHORE – Punjab capital has been engulfed by smog for the past few days as health experts warn of the threat to ...