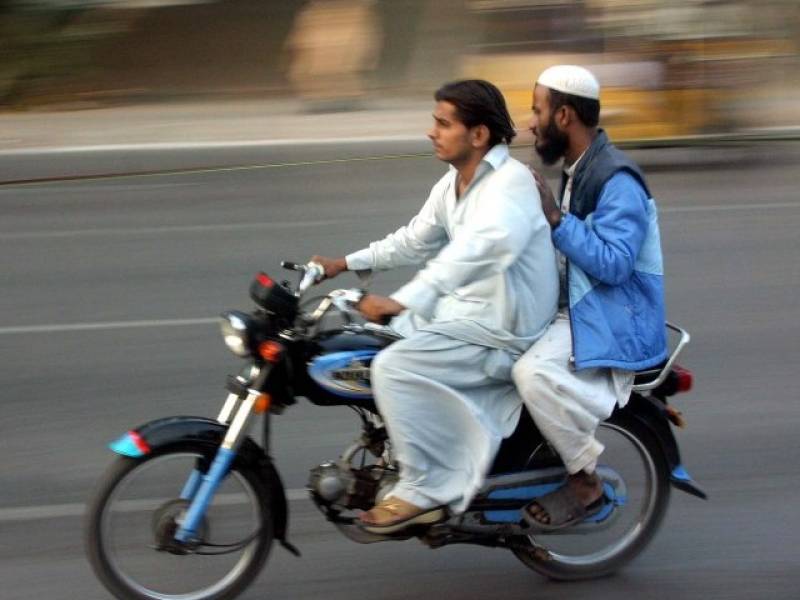 LAHORE (Web Desk) – The Punjab government has imposed a ban on pillion-riding in the province on the 9th and 10th day of the Muharram.

According to the Interior Ministry Punjab, the ban will be in effect on 23rd and 24th of October which are the 9th and 10th day of the sacred month.

A statement has been issued by Secretary for Interior Ministry according to which in addition to the ban on pillion riding, the government of Punjab has also banned heli-cams, drone cameras and all sorts of aerial coverage for viewing along.

A ban has also been imposed throughout the province on launching any sort of large blimps or balloons during any event or gathering.

Anyone found in violation of the measures will be prosecuted according to section 144.

The security measures have been implemented in light of the upcoming Muharram-al-Haram period. The sacred month remains a sensitive time for the law enforcement agencies due to the sectarian terrorism that has plagued the nation in the past.

Security has been beefed up throughout the province with the Punjab police finalizing the security plan a few days earlier. A total of 148,052 police officers have been assigned duties to prevent any untoward event. The police will also employ 39 drone cameras to monitor the processions and speeches during the time period.

A total of 9,148 processions are to be held for which 1,541 CCTV cameras and 8,930 metal detectors are to be installed for monitoring purposes. Army regiments and Punjab Rangers will remain on stand-by during the period.