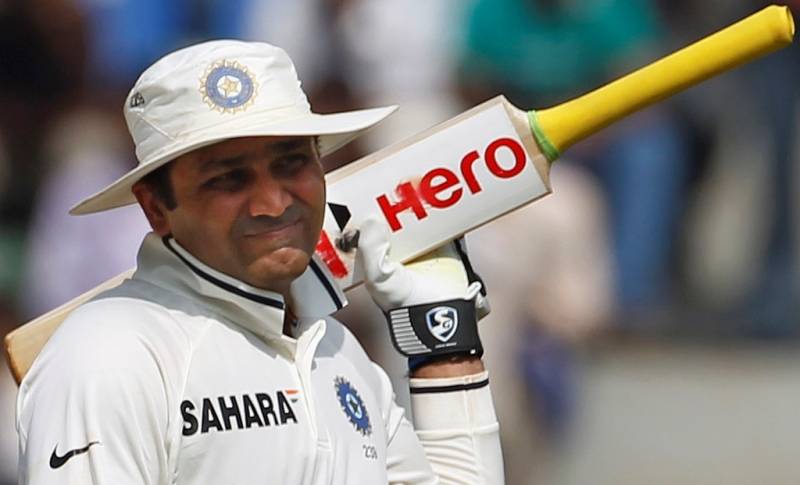 NEW DELHI (Staff Report) - Indian batsman Virender Sehwag on Tuesday announced his retirement from all formats of international cricket and Indian Premier League (IPL) after his two-and-a-half year long absence from the scene.

Sehwag mad the announcement in a message at micro-blogging website Twitter which was followed by a detailed statement.

I hereby retire from all forms of international cricket and from the Indian Premier League. A statement will follow.

The crickter who made his ODI debut in 1999, remained the only Indian batsman to score triple century in Test format. he did it twice for India.

He scored 17,253 international runs across all formats with 8586 runs from 104 Test matches where Sehwag stands at fifth in India's all-time list.

In ODIs, he scored 8273 runs, with 15 centuries including the second-highest individual score of 219.

In 19 Twenty20 internationals, the right-hander made 394 runs. Aside from all those runs, Sehwag took 40 wickets in Tests and 96 in ODIs.