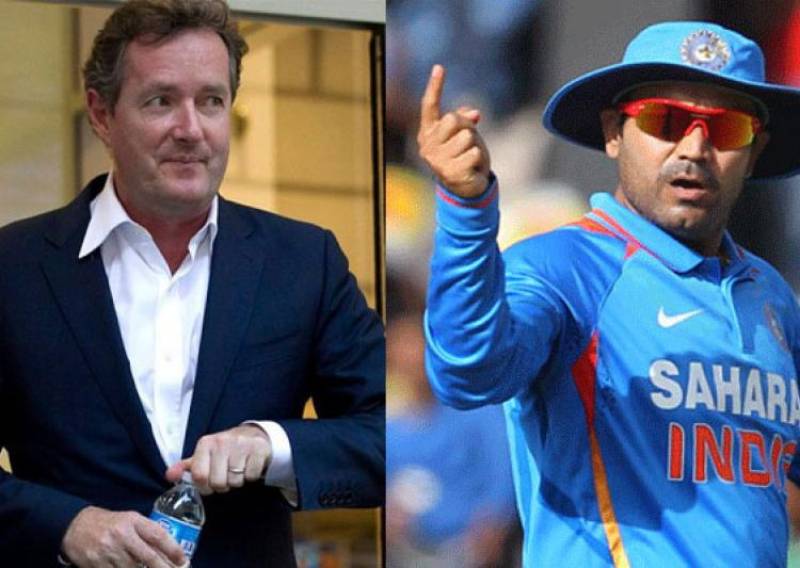 The relationship between cricketer and British journalist Piers Morgan has been a bittersweet one.

The two have once again taken Twitter by a storm after Piers Morgan corrected former Indian cricketer Virender Sehwag's grammar on Twitter.

England loose in a World Cup again.Only the sport changes.This time it's Kabaddi.
India thrash them 69-18.All the best for semis
#INDvENG

But apparently the correction did not go down well with Sehwag's fans, who putting aside right and wrong, began trolling the British journalist.

When you can't win an argument, start correcting your opponent's grammar!#TwitterRules @virendersehwag

The last time Morgan had engaged in a Twitter-war with Sehwag was shortly after the conclusion of the 2016 Olympics. In a tweet to Sehwag, Morgan bet 1 million dollars to charity on England winning an ODI World Cup before India wins another Olympic Gold medal.