Archaeologists went over the faded cat layout while conducting maintenance work at the UNESCO heritage site. 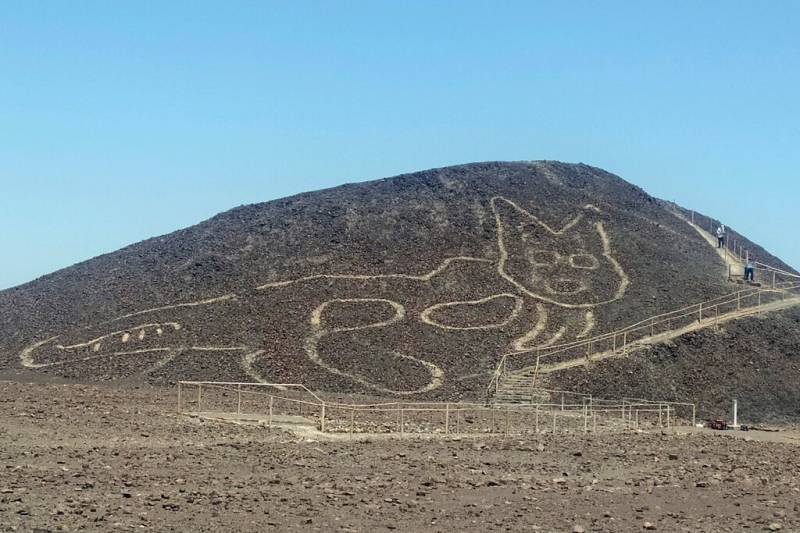 PERU – The picture, extending for 40 yards on a slope in Peru, shows a cat with pointy ears, sphere-like eyes It appears to be a cat lounging, as cats often do.

Archaeologists stumbled across the faded etching while remodeling a section of a UNESCO heritage site known as the Nazca Lines. The figure was scarcely visible and was about to disappear because it's situated on quite a steep slope that's prone to the effects of natural erosion, Peru’s Ministry of Culture announced last week.

The cat is 37 metres (120 feet) long, and around 2,000 years old. It's a geoglyph recently discovered in the famous Nazca desert in Peru.

Scientists believe the cat, as with other Nazca animal figures, was created by making depressions in the desert floor, leaving coloured earth exposed.

As per the experts, the cat was actually from the late Paracas era, which was from 500 BC to 200 AD.

“The discovery shows, once again, the rich and varied cultural legacy of this site,” the ministry said in a statement.