Helicopter crashes after colliding with a cow, cow survives 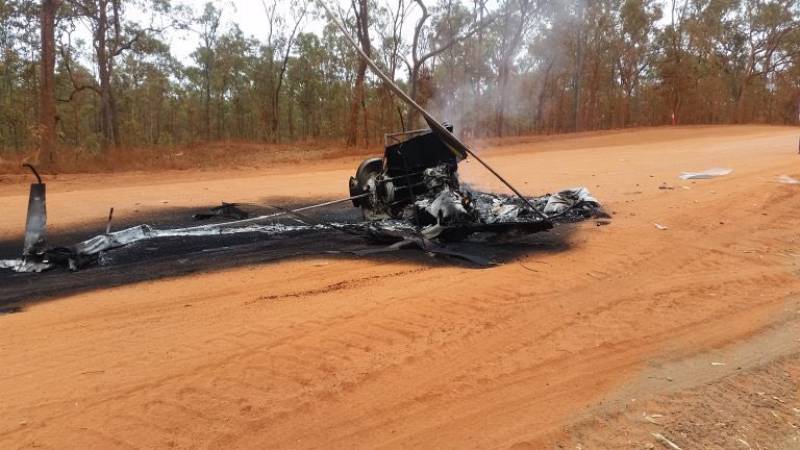 QUEENSLAND - A cow went head to head with a helicopter and the outcome was too unexpected - the cow won.

Local police  said that the 35-year-old was flying a Robinson R22 Beta mustering helicopter low over Coen Cattle Station when a cow apparently got its horns caught in the bottom of a helicopter on the afternoon of 18 September, Mashable reported.

This caused the helicopter to lose balance and crashed down onto a nearby road and bursting into flames, while the cow survived as if nothing had happened.

[Live] A Robinson R22 helicopter registered VH-PFX has crashed after colliding with a cow in Queensland, Australia. pic.twitter.com/YyhbAD6oZe

The police report stated: "It's believed the rails underneath the helicopter got tangled up in the cow's horns, causing the chopper to lose balance. The pilot, a 35-year-old Richmond man, walked away from the crash without any injury. The cow escaped becoming roast beef and lived to roam another day."

The Rural Fire Service visited the spot and extinguished the aircraft, which was "totally destroyed". The pilot is said to have struck the cow on Coen Cattle Station just after 2.40pm near the Peninsula Development Road.

The police and Australian Transport Safety Bureau are investigating the incident.