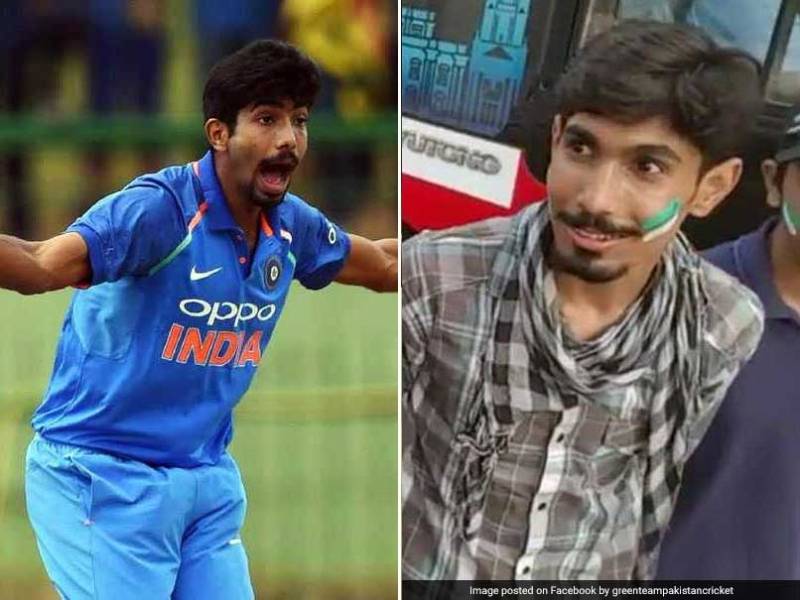 According to reports, a lookalike of Jasprit Bumrah is breaking the internet who came to see Pakistan’s match against the World XI at the Gaddafi Stadium.

The Facebook page of Greet Team Pakistan uploaded the picture and the post read, "Thank You Jasprit Bumrah for coming to Pakistan to watch World XI vs Pakistan. You always support Pakistan in the big events. Thank You, Love, from Pakistan."

All of this was said on a lighter note, and cricket enthusiasts enjoyed it a lot. Jasprit Bumrah who bowled the crucial no-ball in the final of the Champions Trophy against Pakistan that picked up the wicket of Fakhar Zaman.

The illegal delivery gave another life to the left-hand opener who then went on to score his maiden one-day international century and pushed India out of the game, helping Pakistan to win its maiden Champions Trophy. Zaman also got the man of the match award for his brilliant performance, and Bumrah faced bashing by Indian fans.

Similarly, Kohli's replica stunned Pakistan cricket fans when his video was captured by someone at a pizza outlet in Shaheed-e-Millat, Karachi. This video was uploaded by 'Just Pakistani Things' on Facebook.

It is not the first time that a lookalike of any cricketer has appeared before the world, as the doppelgangers of Sachin Tendulkar, Virender Sehwag, Yuvraj Singh and even Virat Kohli have been seen before.- Online