The SoC on the smartphone is Octa-core 2.2GHz processor and comes in three different memory configurations - 4GB/64GB, 4GB/128GB or 6GB/128GB; however the company does not provide the information about the chipset.

For imaging, there are triple camera setup 24MP primary sensor an f/1.7 lens, an ultra-wide 8MP f/2.4 module with 120° viewing angle and a 5MP depth sensor. 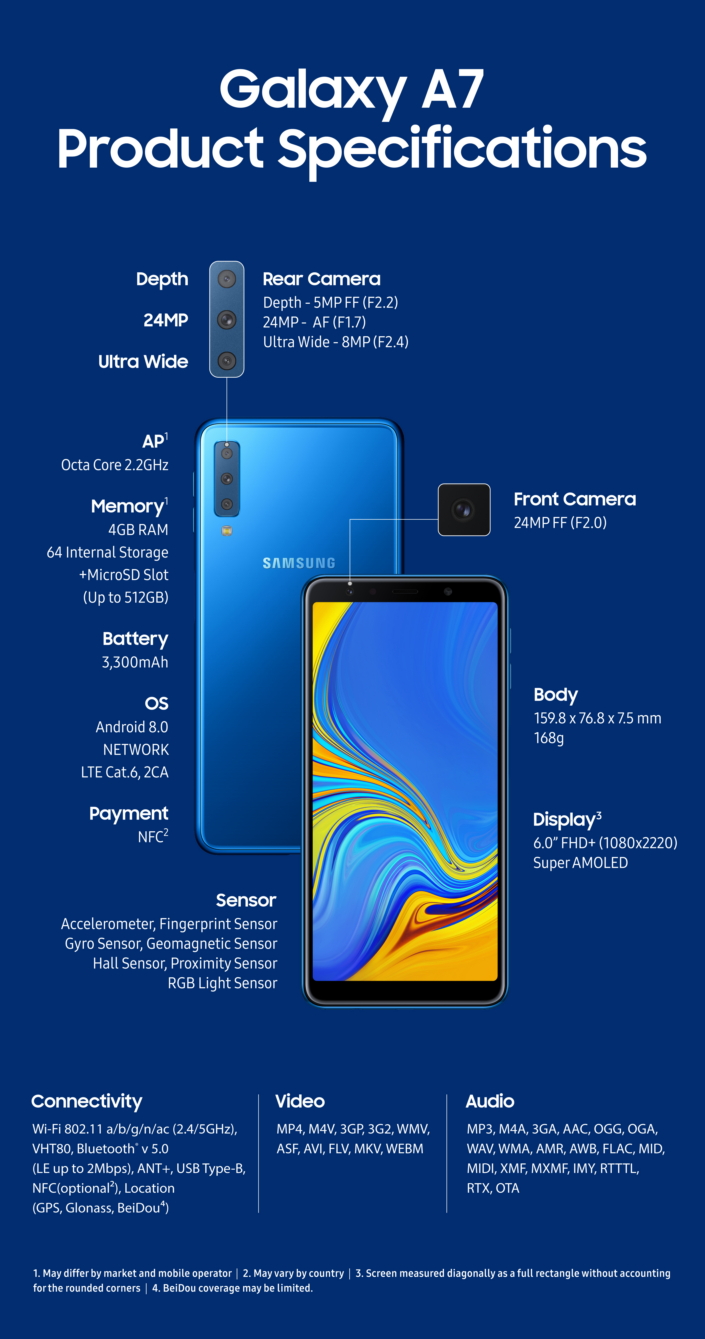 The smartphone is powered by a 3,300 mAh battery and runs Android 8.0 out of the box with Samsung Experience on top. As far as biometric security is concerned, the Korean giant takes a different approach this time by integrating the fingerprint reader on the right side of the frame.

Keeping up with the trends, the Samsung Galaxy A7 (2018) offers slightly curved front and glass back while the side frame isn't specified, but seeing that it has no antenna lines it's likely made of plastic. The available colors are blue, black, gold and pink.

Samsung is hosting an event on October 11 and the handset will initially launch in selected European and Asian markets and will gradually expand.

However, this is not the first triple camera smartphone in the world as Chinese manufacturer Huawei unveiled the P20 Pro, which sports a triple camera, earlier this year.