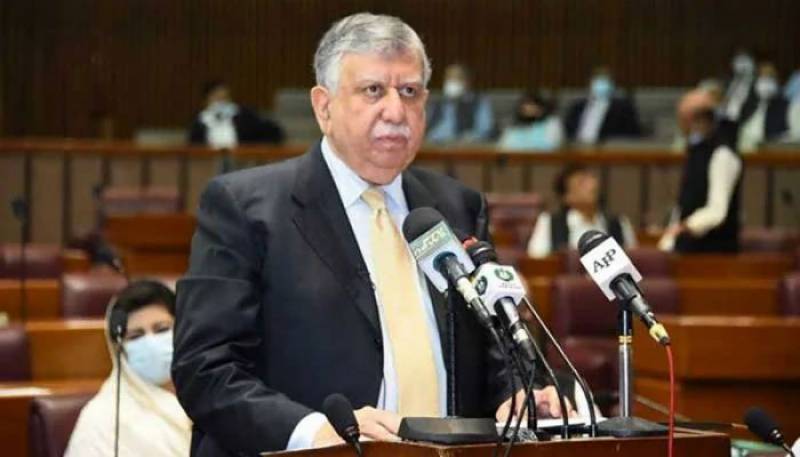 ISLAMABAD – The Federal Investigation Agency (FIA) has summoned former finance minister Shaukat Tarin for investigation into his leaked audio call in which he asked Khyber Pakhtukhwa minister Taimoor Saleem Jhagra to write a letter to the International Monetary Fund (IMF) to pressurize the coalition government.

In a call-up notice, the PTI senator has been asked to appear before the FIA team tomorrow (September 21) at 10:00am.

“If you fail to appear, it will mean you have nothing to say in your defence," the notice read.

The controversy surfaced last month when Tarin asked Punjab and KP ministers to backtrack from IMF commitments ahead of the final meeting of the global lender for approval of loan for the South Asian country facing severe economic crisis.

In the phone call, Pakistan’s former finance chief is apparently asking Mohsin Leghari and Taimur Jhagra to do a volte-face citing provincial surplus.

The Pakistani senator can be heard asking KP finance minister Taimoor Jhagra if he had written the letter on which the latter responded to him, saying he will send the letter soon as he drafts it.

Tarin then tells KP finance chief to highlight flood devastation in the letter. The first point would be about the release of quick funds for the restoration of infrastructure and rehabilitation of flood affectees.

He even equates the move to a blackmailing tactic, adding that nobody gives money without gambits.

Finance Minister Miftah Ismail immediately rapped PTI leaders, saying they should be ashamed for destroying everything just for the sake of politics.

PESHAWAR – Adviser to the Prime Minister on Finance and Revenue Shaukat Tarin was on Monday elected a senator ...