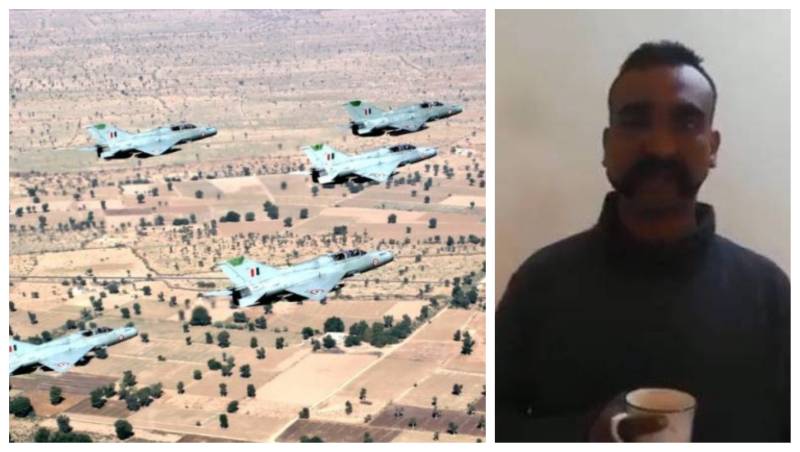 NEW DELHI – The Indian air force (IAF) has announced to retire a squadron of MiG-21 fighter jets over three years after Pakistan scripted a history of bravery by shooting down one of them being flown by Indian pilot Abhinandan Varthaman.

Abhinandan, who was promoted to the rank of Wing Commander by IAF over an unfounded claim of downing Pakistan’s F-16 fighter plane, was arrested by Pakistan forces in Azad Kashmir after he ejected from his MiG-21 plane after it was hit by Pakistan fighter jets in a 2019 dogfight.

He was later handed over to India as a gesture of peace at the Wagah border.

However, Abhinanda was received as a hero in Indians as according to them he was the only pilot who shot down 'Pakistani F-16 fighter aircraft' during the dogfight.

In reality, the Indian claim was debunked by US officials who said that they have counted the number of Pakistan Air Force F-16s in service and can say that none were lost to the Indian Air Force on that day.

Reports said that Abhinandan’s squadron named as ‘Sword Arms’ will be retired by September 30 as the crafts are ageing, while the remaining three squadrons of MiG-21 will be phased out by 2025.