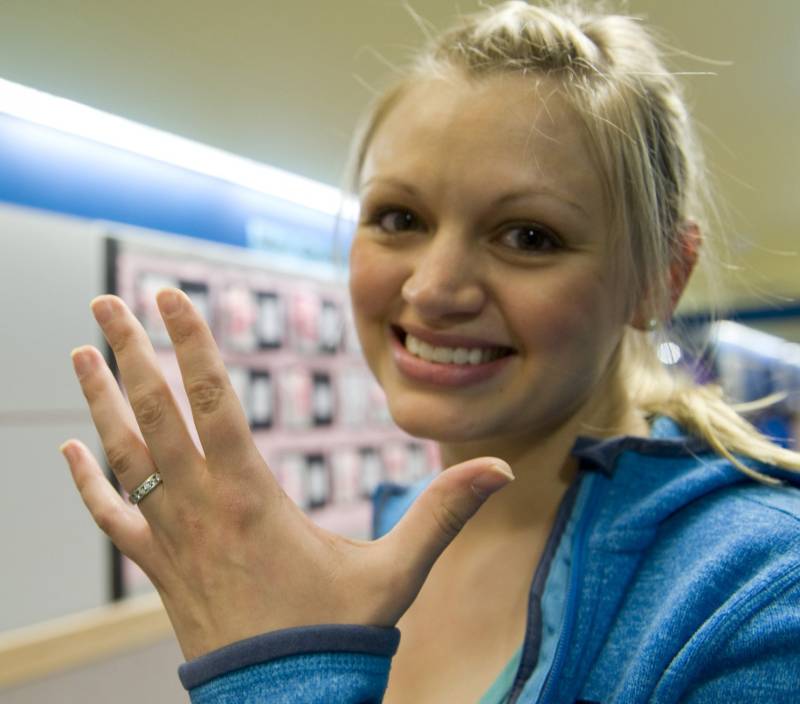 SITKA (Web Desk) - An Alaska woman suspected her family's dog snatched her wedding ring, but she couldn't find proof - until the diamond-encrusted platinum band turned up months later at a local ball field.

Nikki Balovich lost her ring in January, as she often took it off her swollen finger, the Daily Sitka Sentinel newspaper reported.

The Sitka woman suspected Halli was the culprit because the 90-pound mastiff puppy often carries household items in its mouth. She spent time searching for the band, including checking Halli's poop outside.

"I gave up, I thought it was long gone," she said. "We take the dog everywhere with us, on hikes, on the boat - what were the chances we're going to find it?"

Balovich had no evidence of the dog's involvement until last week, when she saw a post on a Facebook sales site about a ring being found in an "unusual place."

Balovich had a gut feeling and contacted the poster, Bob Potrzuski.

Turns out, his wife found the ring while picking up dog poop at a local ball field. Balovich also recently volunteered at the field, and brought along Halli.

Potrzuski and his wife previously tried unsuccessfully to find the owner by putting an ad in the Sentinel. They also called police.

Balovich was reunited with her ring on Thursday, her husband's birthday.

"It's been on my hands ever since," she said. "My hand was feeling naked without it."