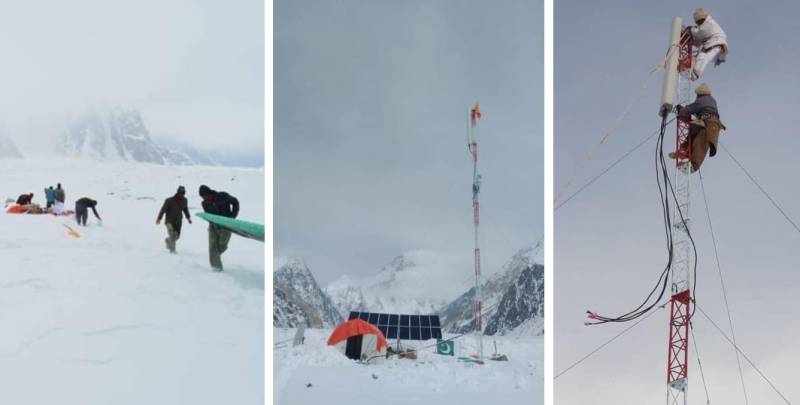 ISLAMABAD – The incumbent government has installed the first-ever high-speed cellphone tower at the base camp of K2, the second-highest peak in the world, to facilitate mountaineers and tourists.

The project has been installed by the Special Communication Organization that works under the Interior Ministry.

It aimed to facilitate the tourists and mountaineers to stay in touch with their teams while hiking to toward the savage mountain. The installation of the mobile tower could vastly change the expeditions in the deadliest mountain in the world.

Gilgit-Baltistan government has provided support to Special Communication Organisation (SCO) for the installation of this SCOM Tower to ensure communication facility at K2 Base Camp pic.twitter.com/mEjchpgZkf

Earlier, the mountaineers used satellite phones to stay in touch with the base camp while many faced difficulties in communication due to harsh weather conditions at the world’s second-highest peak.

Meanwhile, the Gilgit Baltistan government has also accelerated steps to facilitate tourists along with locals.