First teaser of Pakistani animated movie 'The Donkey King' is out! 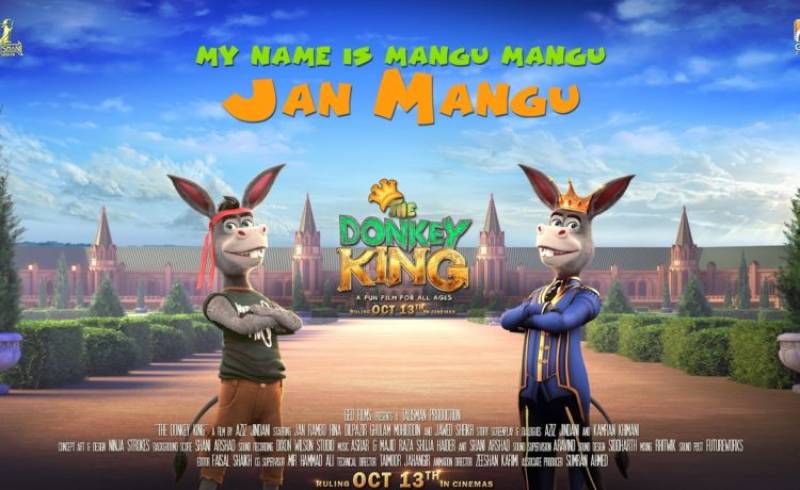 LAHORE - Animated films are slowly gaining popularity in Pakistan and the latest in the list is Talisman Animation Studios 'The Donkey King'.

Aziz Jindani, the mastermind behind Commander Safeguard, has helmed The Donkey King which promises to be a fun film for all ages.

The short trailer takes off with a royal setting with mysterious shots of the new king, only to reveal that it is actually a Donkey. It is later revealed that the Donkey, who is in actuality a dhobi, Mangu Mangu Jan Mangu, is dreaming.

Speaking about his film, Jindani says, “The Donkey King is an attempt to redefine the animation film genre in Pakistan. It will transcend the category by appealing to children and the child within every adult.

The strongest point of The Donkey King is its unique, locally relevant storyline, tongue & cheek dialogues, and characters that are built to last. The content speaks to the kids but consistently winks at the adult which will make it a worthwhile watch for all age groups.”

The visuals and voiceover are beautifully done and appear to be of international standards.

The Donkey King is scheduled to release on October 13.