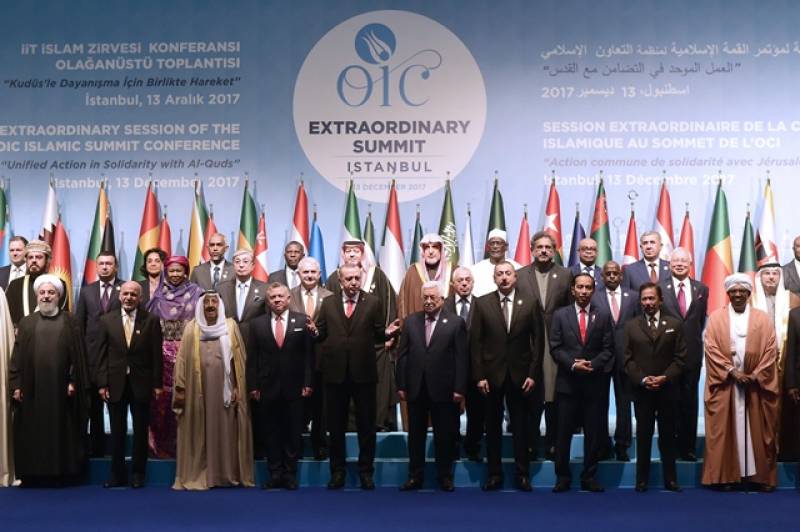 America was a loner at the United Nations Security Council on December 18. The remaining 14 members of the apex body voted against Washington’s acceptance of Jerusalem as Israel’s capital. Never has there been any such occasion in six years that Washington was abandoned by its staunch allies like London and Paris. Japan and Ukraine, the non-permanent member for the current term, supported the resolution only to see the US killing it with veto power.

The Trump administration’s decision to relocate its embassy to Jerusalem has not only been opposed by Organization of Islamic Countries (OIC) but also the European Union. The UNSC resolution exposed America’s irrelevance and ineffectiveness in the global political system it has been anchoring since the breakup of Soviet Union. The motion also laid bare how bigoted the system is. The failure of a declaration to sail through too highlighted the scale of liability Israel continues to be for America. Also, Monday’s episode puts it on the record that Washington would not be regarded as a fair and objective mediator.

Interestingly, Russia pre-empted Trump’s move in April by accepting Jerusalem as the Israeli capital while adding a caveat that East Jerusalem belongs to Palestine. The US president repeatedly expressed his intent to please Netanyahu by shifting the embassy to the controversial historic city. Kremlin teaming up with other members in an extraordinary rebuke to the US does not hint at a shift in its policy. Back in April when Moscow became the first country to recognize Jerusalem as Israel’s capital, Tel Aviv was taken aback. Iran and Syria’s closest ally has been playing on either side of the wicket.

Considering frosty receptions awaiting Vice President Mike Pence, he has yet again delayed his Middle East tour. Nonetheless, the administration is least likely to rescind the controversial decision. The UN resolution it singlehandedly shot down sought consensus that any unilateral decisions regarding the status of al Quds would “have no legal effect, are null and void and must be rescinded.”

Though clashes in Palestine have been erupting everyday with fatalities, the Muslim world’s rage has been far from aggressive. The Organization of Islamic Countries (OIC) was hurriedly convened in Istanbul by Turkey. The very fact that Erdogan insisted that the summit take place in his country highlights Muslim countries’ internal divisions and political opportunism surrounding Israel-Palestine dispute.

Under Erdogan’s watch, Ankara maintains military, business and political relations with Tel Aviv. Contrary to his initial rhetoric, the Turk leader has not severed ties with Israel. The OIC summit, with a significant number of Muslim leaders, could produce a political statement with little tangible implications for the US or the Jewish state.

The other more important point in the declaration stated that the OIC “will never find it possible to give up on the aspiration to a sovereign and independent State of Palestine on the basis of the 1967 borders and with East Jerusalem as its capital; which we regard as a prerequisite for peace and security in the region.”

Neither Donald Trump nor Benjamin Netanyahu might have ever imagined such a terrific reaction from not just a handful of Muslim states but all of them. As per their declaratory policies, the Muslim countries barring those with overt diplomatic relations with Israel don’t favor two-state solution. In private interviews or chats, Israel is a reality to them, except for those triggers happy enough to readily wipe out the existing Jewish state.

Interestingly, Iran too supported the resolution. Tehran used to maintain close ties with Israel till Ayatollah Khomeni annexed power through a bloody revolution. Though the Shiite cleric junta severed ties with the Jewish state, Tehran maintained secret relations with Washington as well as Tel Aviv. The book Treacherous Alliance: the secret dealings of Israel, Iran and the US offers an excellent expose. The author of the expose published in 2007 by Yale University Press, Tarita Parsi is closely aligned with regime and lobbies for her in the US.

Pakistan is also alleged to have secret relations with Israel, mainly for import of security equipment. General Pervez Musharraf succumbed to Turkish and American pressure and opened a channel of communication with Tel Aviv. Foreign Minister Khurshid Kasuri and his Israeli counterpart held a couple of meetings in Turkey which were received angrily back home. Later, the military dictator himself addressed the Jewish American community in 2005.

Like Iran, many Gulf countries also maintain unofficial or secret trade relations with Israel. Of course, the declared policy is to deny any such meetings or interaction.

In most cases, Muslim countries deal with companies registered outside the US. Their officials conveniently visit Muslim states using their other passports, American, Canadian or European. Pakistan is no exception of course. Even though Islamabad does not authorize the use of the Pakistani passport to visit Israel, its citizens travel to countries such as Nepal and get a paper visa to visit Israel, ensuring that there is no tell-tale stamp on the passport.

To conclude, Trump’s move to approve Israel’s claim to Jerusalem by shifting the embassy won’t be reversed. Firstly, Palestinians outside the US are not only politically inactive but are also divided. Secondly, Muslim countries won’t go beyond delivering emotional speeches. Thirdly, Tel Aviv’s economic and military integration in the global arms and financial business cannot be ignored. And lastly, Israel can micro-manage the Palestinian population and economy to its liking, thus denying them the ability to launch massive political action. For all practical purposes, there exists no viable counter-strategy and political will to effectively challenge Israel’s claim to Jerusalem.