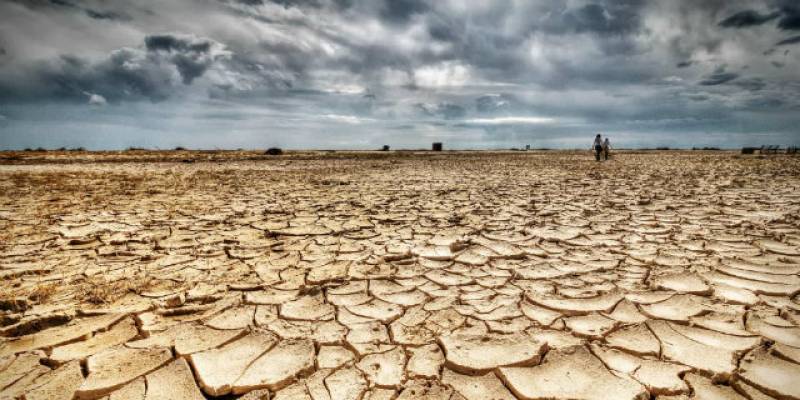 Current water storage capacity of Pakistan stands at 10 percent of the annual river flow on average instead of 40 percent, according to the experts who spoke in the inaugural session of a three-day international water conference on ‘climate change and disaster risk management for sustainable development and business’ on Tuesday.

Terming insufficient storage capacity one of the major reasons behind an increase in extreme weather events like severe flooding and prolonged droughts, experts expressed fears that the situation would get worse in coming years due to lack of storage capacity.

“Figures of the new census reveal that our population growth rate has increased from 2 to 2.4%, creating big challenges of generating more resources to cater to the basic needs, including food and water,” Aziz was quoted by the Express Tribune as saying.

He further said the conference – which aims to address water sustainability challenges from the perspectives of access, equity, hazards and policy reforms - would help highlight the most alarming issue of water and related challenges caused by the changing climate.

Aziz also briefed the participants on the projects launched by the government to tackle the water-related issues.

“Climate change has now become a reality and its impact on Pakistan is worsening with each passing day. Under its impact wet seasons in the country are getting wettest and dry ones driest,” Pakistan Council of Research in Water Resources (PCRWR) Chairman Muhammad Ashraf said.

The speakers also threw light on the role of water in bringing development and sustainability to the country, adding that an adherent water policy was need of the hour as climate change was not only affecting Pakistan’s water supply system but was also posing a threat to the global system.

Pakistan is the 7th most vulnerable country to climate change and its major impact is on water resources.

A report by the Planning Commission of Pakistan, based on data from the Water and Power Development Authority of Pakistan, indicates in 1951 per capita water availability was 5,650 cubic metres.

According to Pakistan Water Gateway, a non-governmental water-research portal, groundwater levels in the country are dropping by a metre a year.