VIDEO: 13 injured as SUV driver rams into pedestrians in Australia 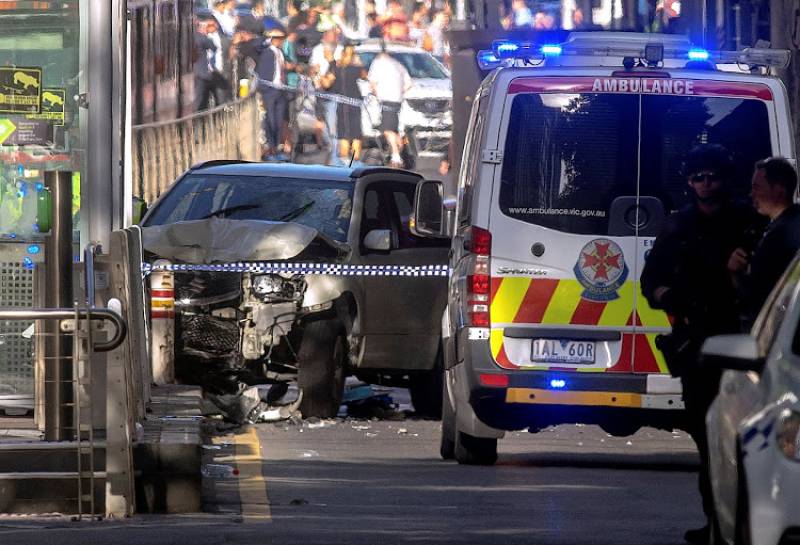 MELBOURNE - At least 13 people were injured as a car plowed into a crowd on a busy street in Australia's second-largest city, Melbourne, on Thursday in what police said was a “deliberate act”.

According to witnesses, the pedestrians were tossed in the air after being hit by the vehicle, which apparently did not appear to be trying to stop.

Victoria state police said they had arrested the driver of the car that wreaked havoc in downtown Melbourne at a busy intersection just after 4.30pm local time.

“We believe based on what we have seen that it is a deliberate act. The motivations are unknown,” Victoria Police's Commander Russell Barrett told newsmen.

On the other hand, SkyNews in its report said a white Suzuki Grand Vitara with two men inside drove into the crowd.

In a tweet, police appealed to members of the public to upload any images they might have of the incident to a cloud address to help assist with their investigation.

The intersection is one of Melbourne's busiest and is particularly crowded at this time of the year due to Christmas break.

The crash happened just blocks from where a driver in January ran down a group of people with his car in a busy pedestrian mall, killing six and injuring many others before he was shot and taken into custody. The police said he was fleeing the police after stabbing his brother.

After that crash, the police installed bollards to protect pedestrians from similar incidents.

Vehicle attacks have also claimed victims in Mahattan, United States; Nice, France; as well as in Berlin, Barcelona; and London, among others.