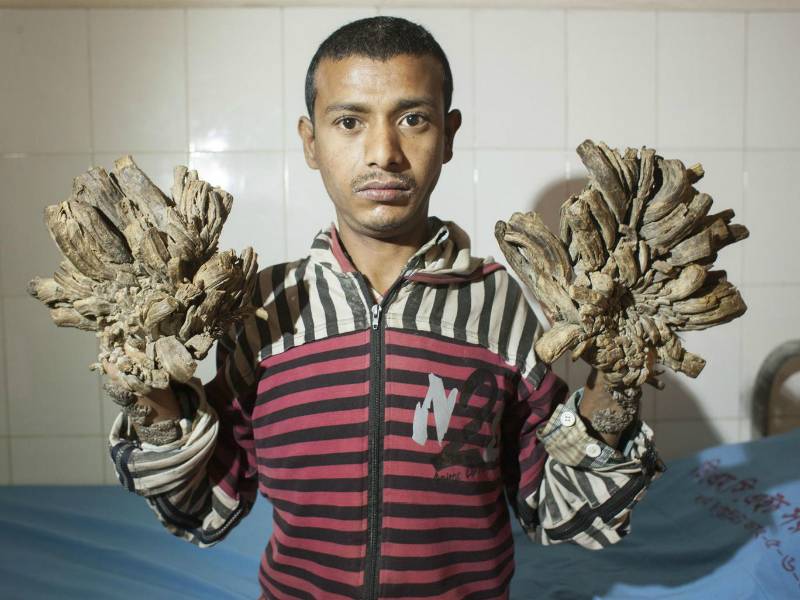 DHAKA (Web Desk) - A Bangladeshi man dubbed "Tree Man" for massive bark-like warts on his hands and feet has underwent a successful operation to remove some of the growths.

A nine-doctor team took three and a half hours to remove the giant warts from Abul Bajandar's right hand at the Dhaka Medical College Hospital, the Independent reported. 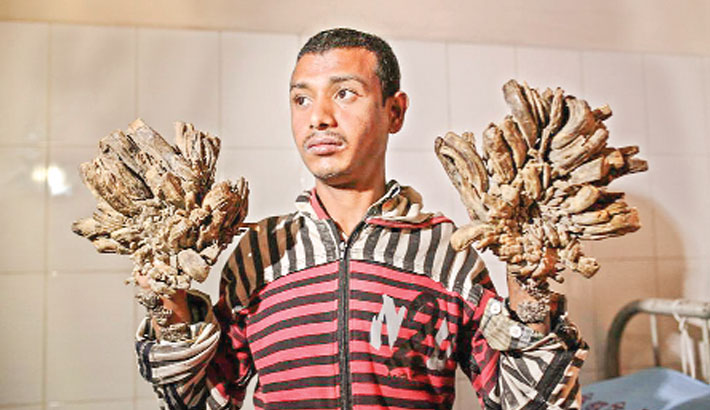 The 26-year-old was admitted last month for an operation to remove the growths weighing at least five kilogrammes (11 pounds) that first began appearing 10 years ago.

"It was a successful operation. We removed warts from all five fingers of his right hand. He's now happy and was laughing," Sen said.

"We'll now review his condition for the next three weeks before deciding whether to conduct more operations. It's a big challenge." 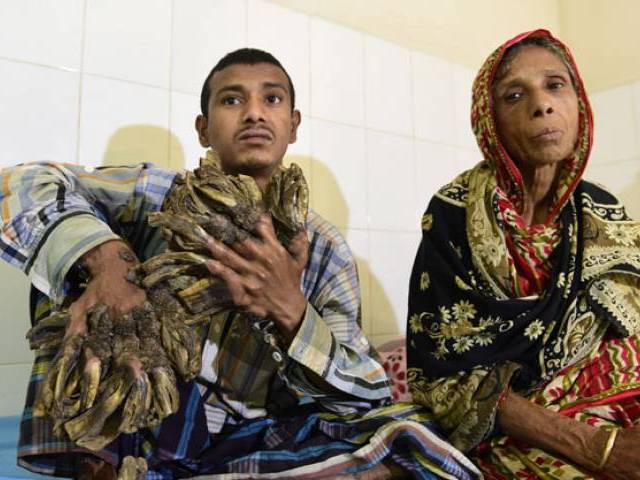 Bajandar, from the southern district of Khulna, was diagnosed with epidermodysplasia verruciformis, an extremely rare genetic condition dubbed "tree-man disease" that causes the skin growths.

He became a celebrity with people travelling to Khulna over the years to see the "Tree Man" and hundreds visiting him in hospital.

He was given the all-clear for surgery after tests confirmed the warts were not cancerous.

The Bangladesh government agreed to bear the costs of his treatment and Prime Minister Sheikh Hasina was given an update on his condition.

Hospital director Sen said there were only three known cases of epidermodysplasia verruciformis in the world and Bajandar's was the only one in Bangladesh.