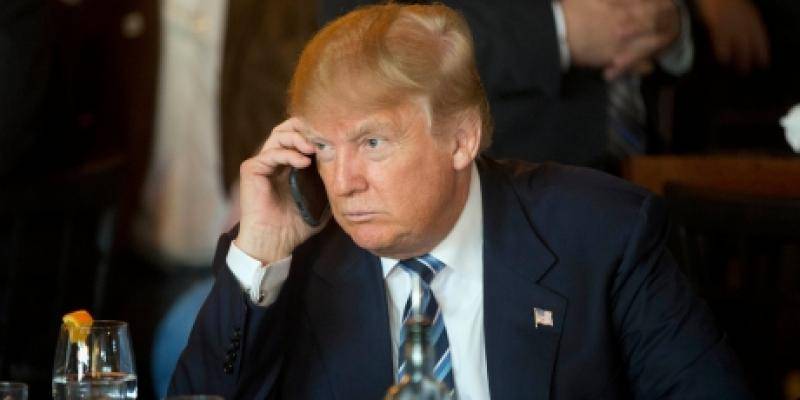 WASHINGTON - Donald Trump is now officially one of the most powerful men on this planet after being sworn in as the the 45th President of the United States of America yesterday. Trump assumed the Oval Office with a number of powers, but he had to lose something too: his Android smartphone.

Before taking the oath of office on Friday, he was forced to ditch his Android smartphone for a "potentially modified iPhone".

According to a report in the New York Times, Trump traded in his Android phone for a secure, encrypted device approved by the US Secret Service with a new number that few people possess.

The new device is reportedly to safeguard the US President from potential threats posed by hackers gaining access.

Trump may follow in the steps of his predecessor Barack Obama who was the first US president to carry a cellphone - initially starting with a modified BlackBerry and later migrating to an iPhone.

Last year, Obama said the device given by Secret Service to the President came stripped of all features and heavily modified to ensure his safety.

"It does not take pictures, you cannot text, the phone does not work A... you cannot play your music on it," Obama had said of his own government-approved smartphone last year.

Similarly, Trump's new device is likely to be similar to that of Obama's.

It is possible to lock down an Android phone by enabling full-disk encryption or writing a customized version of Android. But an iPhone is a simpler option. Full-disk encryption is on by default in iOS 8 and later and any device with a Touch ID sensor also has a Secure Enclave that makes even physical hacking difficult without a warrant.

Trump also had to give up his Trump-embellished 757 plane, traveling to Washington instead in an Air Force jet, the New York Times said.