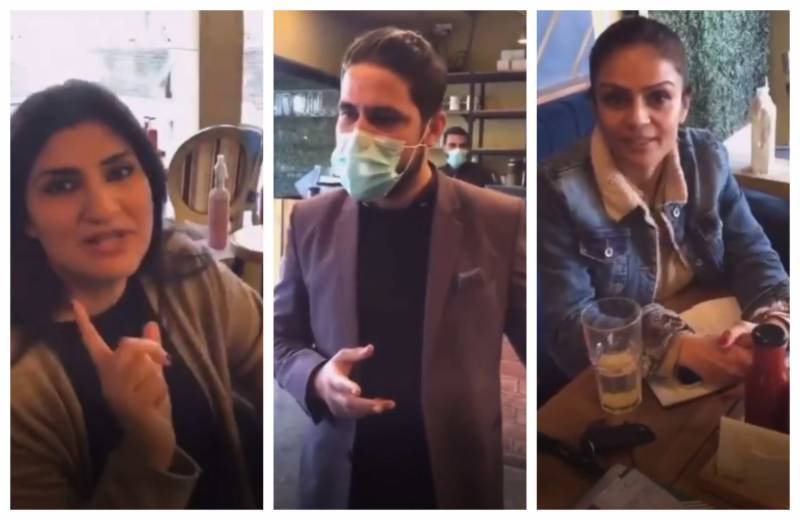 ISLAMABAD – The owners of Cannoli by Cafe Soul have issued a strong worded apology after receiving a massive criticism over a viral video of their 'elitist' attitude towards an employee.

In an Instagram post, the cafe owners stated that the public "had misconstrued their banter" with Awais Aftab, the manager of the eatery.

In the video, Uzma Chaudary and Dia Haider can be seen making fun of the restaurant manager who failed to impress the 'bored' owners with his 'not-so-cool' language skills.

“This video depicts the gup shup between us as a team, and is never meant or taken in a hurtful or negative way. If anyone was hurt or offended we apologise, however that was never our intention,” the Cannoli post read.

A post shared by Cannoli by Cafe Soul (@cannoli_cafesoul)

“We are not required to prove or defend ourselves as kind employers. Our team has been with us for a decade, that should speak for itself. We are proud Pakistanis who love our language and our culture."

The statement added that the owners are "not required" to prove anything or defend themselves as kind employers.

"Our team has been with us for a decade, that should speak for itself," it read.

"We are proud Pakistanis who love our language and our culture," the owners added.

Netizens are schooling the owners of Cannoli by Cafe Soul after their video of mocking their manager for speaking ...

However, it did not go well with the social media users who urged the owners to "also apologize for the apology they have posted for the video."

#cannoli owners should also apologize for the apology they have posted for the video. #CannoliByCafeSoul

The owners of Cannoli issued a formal statement after the video went viral in which they were making fun of their manager for having poor English skills.
Funny !How ruthlessly they made someone feel ashamed, feel them vulnerable. And then push a Sorry. #BoycottCannoli pic.twitter.com/zul1z06c6Z

The viral video was posted on the Instagram page of the restaurant but it was later removed after receiving extreme backlash.