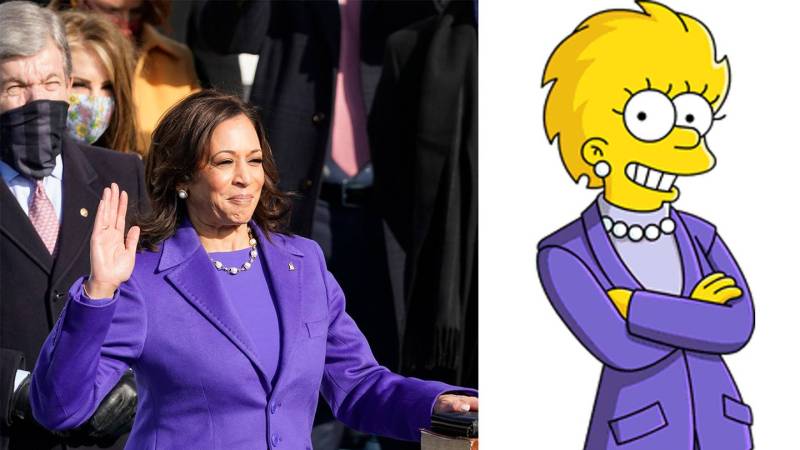 US Vice President Kamala Harris’ outfit for her inauguration ceremony was predicted in the Simpsons cartoon in its episode Bart to the Future.

The cartoon series The Simpsons is infamous for its rather spooky predictions of future events such as the election win of Donald Trump and other such events.

In the above mentioned episode, Lisa is sworn in as the first female president of the United States wearing a blue jacket with pearl earrings and necklace. Harris wore the same in her inauguration as the first female vice president of the US. The episode was aired long before Harris’ inauguration and has become a spooky reminder of how well the cartoon series has predicted several future events in great visual detail.

Harris has chosen this colour for several important events in honour of Shirley Chisholm, the first black woman to be elected to the US Congress.

Social media is convinced that The Simpsons seemingly predicted the siege of US Capitol Hill in an episode in 1996. ...