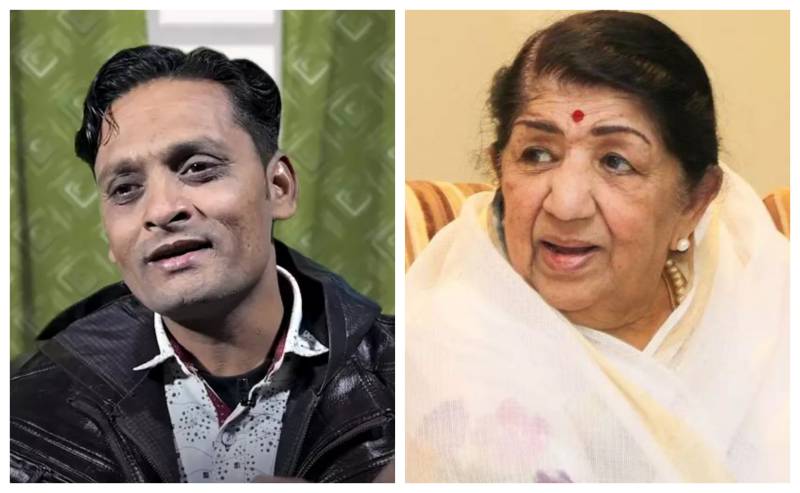 Pakistan is a hub of multitalented individuals and this time around Waseem Lata in Hyderabad has found himself in the headlines.

A huge fan of Mangeshkar, Waseem revealed that as a child he used to play Lata’s songs and sing along them. Later, he realised the uncanny resemblance in his pitch with the legendary singer's voice.

“Now I had to try singing in Lata jee’s voice somewhere big,” he said. “There was a function in our neighbourhood where I performed in front of people for the first time. I received a lot of gifts and immense praise.”

This man 'Waseem Lata' from Hyderabad, #Pakistan sings in #LataMangeshkar voice and is quite popular in his city.
He also wishes to meet and perform before the legendary singer @mangeshkarlata pic.twitter.com/yjAMDYAuk5

Waseem was introduced to a reputed musicians club at a function by Nadeem Noor, was asked to sing before them and received much appreciation. “They were really impressed and gave me a couple of songs.”

A painter by profession, Waseem reminisced about his life which has been full of hardships and struggles. “My father was a painter, too.” Unfortunately, his father had to give up work because he was asthmatic, and the doctors had warned him that his condition could worsen if he continued painting.

“I was only eight years old when I took on the responsibilities of our household with my elder brother,” said Waseem. The two learned to paint, and also unloaded trucks full of logs. “It took us three hours to unload a truck and they paid us Rs20 only.”

Waseem says he could never have imagined he would achieve such fame one day. He still feels like he is dreaming. “I’ve been receiving so many calls lately that I don’t even have the time to spend at home.”

Gultaj Raja is the station house officer (SHO) or Taxila Police Station where for the past four months, he has not only ...