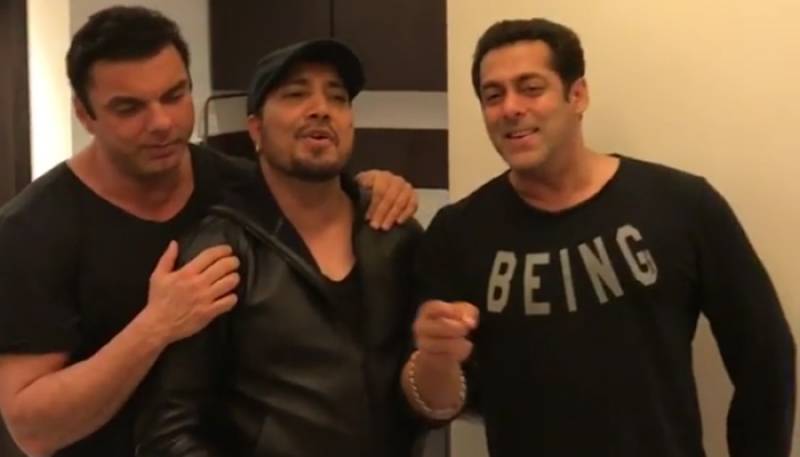 LAHORE - Indian singer Mika Singh’s trip to Pakistan for a live show at a billionaire’s wedding has proved costlier than he could have ever imagined. Perhaps the singer thought apologising publicly before the Federation Of Western India Cine Employees (FWICE) would automatically solve his ban-related problems, and that he would be free to perform anywhere he wished all over again. Well, not so fast!

In a sudden, shocking turn of events, Salman Khan’s concert tour in the US featuring Mika that was to kickstart on  August 25 has now been postponed to a later date. Apparently, Salman has taken a stand not to perform with Mika.

LAHORE- All India Cine Workers Association (AICWA) on Tuesday placed an unconditional ban on singer Mika Singh from the ...

This comes as a  big blow to the singer. Mika has sung some of Salman’s biggest chartbusters including Jumme ki Raat in Kick, Aaj ki party and 440 volts.

A friend close to Salman says it is imperative for the star to distance himself from elements whose nationalism may be under scrutiny.

“Nowadays you can’t be a star/celebrity in India without being ‘politically correct’! Mika may have apologised for performing in Pakistan, but he remains tainted — as he went ahead and performed in Pakistan, ignoring the country’s sentiment,” said a source.