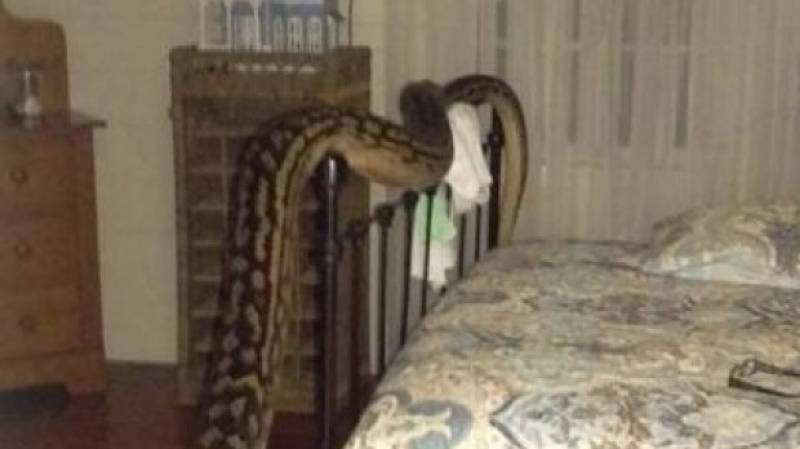 BRISBANE (Web Desk) - A woman in Brisbane was unfortunate enough to see a dreadful 5-meter, 40 Kilogram python sneaking into her bed room.

The monster, nicknamed Monty, had somehow managed to wind its way along the walls of Trina Hibberd's home in Mission Beach, south of Cairns. The woman told media that the scrub python had been living in the walls and ceiling of the home for more than a decade and she first saw it 15 years ago.

"We knew the snake was there but I had never seen it inside, not that I know of," she said.

Have a look at the giant at your own risk: