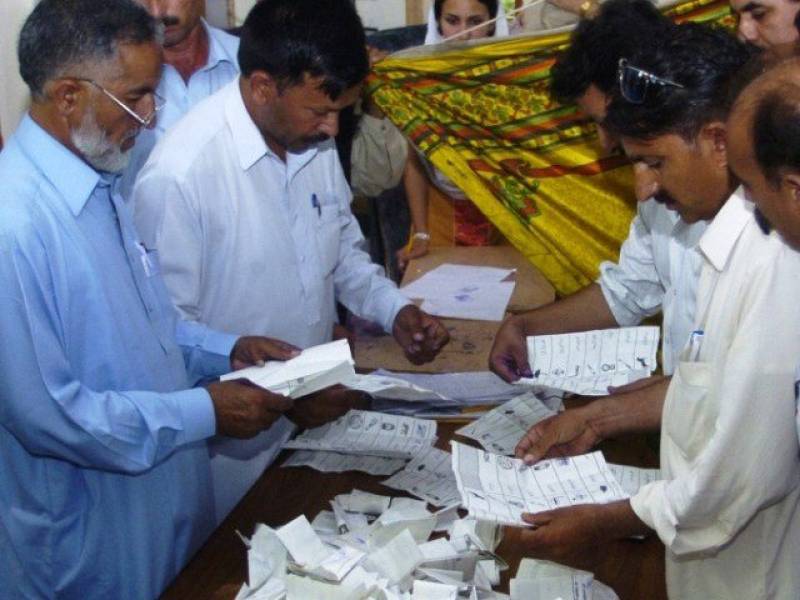 MUZZAFARABAD  - Pakistan Muslim League-Nawaz (PML-N) has earned a simple majority in the Azad Jammu and Kashmir Legislative Assembly Elections 2016 by bagging 31 seats out of 41 after a round of day-long polling concluded on Thursday.

According to the official results, PML-N earned 31 seats while the Muslim Conference and PPP bagged 3 seats each. PTI could only secure 2 seats while the Pakistan People's Party won only one seat. One seat was also clinched by an Independent contestant.

A total of 423 candidates contested 41 seats to be filled on the basis of the direct adult franchise. Out of these, 29 seats are meant for all 10 districts of AJK and 12 are meant for Pakistan-based refugees from Kashmir valley, Jammu and others areas.

Pakistan-based J&K refugees also form a significant portion of the electoral rolls with 4,38884 registered voters including 2,54,817 male and 1,84,067 female in 12 constituencies.

The election commission established as many as 5,429 polling stations with 8,008 booths in all 41 constituencies.

The elections were held under the supervision of Pakistan Army and Rangers with the coordination of the local civilian law enforcement agencies including the AJK police, the Punjab and KP police and the Frontier Constabulary.

This is the end of live updates.

5:01 pm - Polling has been completed across Azad Kashmir and the vote counting has begun.