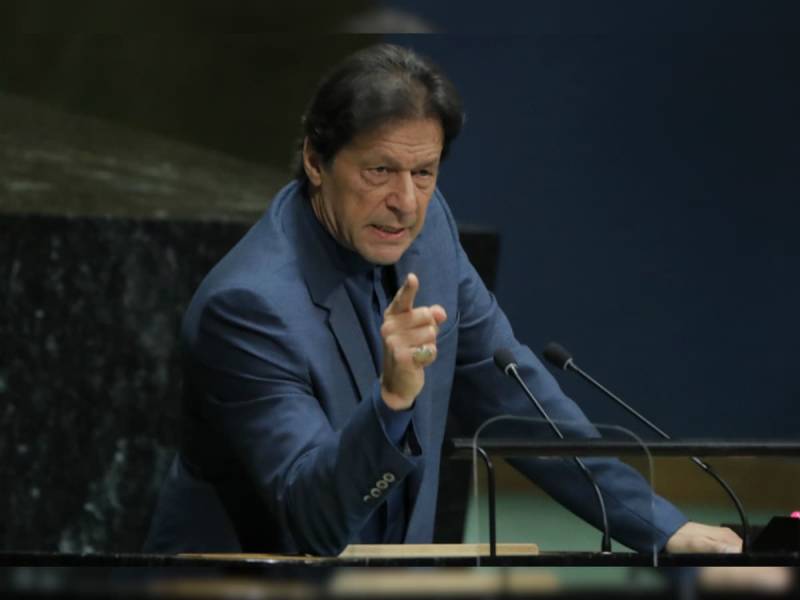 Imran Khan has loyal followers inside and outside of politics whether they are Pakistani or from any other country.

Now a Turkish singer and composer, Turgay Evren, has congratulated the Pakistan Tehreek-e-Insaf (PTI) Chairman on the political party’s victory in the recent Punjab by-elections, singing a song titled "Absolutely Not" in Khan's praise.

The title of the song is inspired by a phrase used by Khan during an interview with an Australian journalist where he responded to a question regarding Pakistan giving the US the use of its airbases by saying “absolutely not”.

The gist of the song is emphasized on patriotism. Paying tribute to Pakistan and Imran Khan in a music video that features visuals and stills of Quaid-e-Azam Muhammad Ali Jinnah, the song portrays Pakistan’s journey since its independence, the breathtaking landscapes, and its people. The latter part shows former Pakistani PM Imran Khan engaged in political activities.

Evren says that the song is an ode and from a “Turkish brother” to Imran Khan and Pakistan. He congratulated Khan on Twitter and wrote, “Hope you all appreciate it.”

Pakistan will ‘absolutely not’ hand its bases to US: PM Imran (VIDEO)