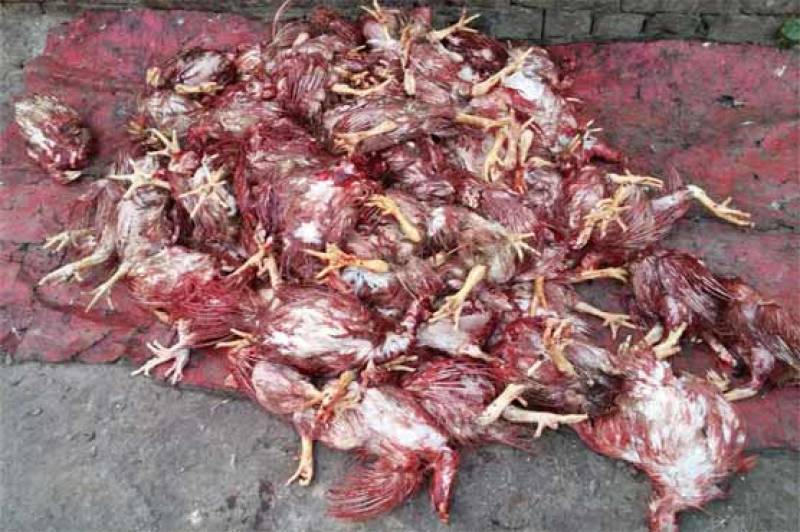 SHEIKHUPURA (Web Desk) - Punjab Police have foiled an attempt to transport almost 1 ton of dead chicken meat from Sheikhupura to Lahore on Tuesday.

According to the media, the police were tipped off about a vehicle bound to Lahore from Sheikhupura which was carrying dead meat. Five culprits involved in the heinous crime have also been apprehended.

Police officials confirmed that the suspects used to supply dead chicken to various inns in Lahore. Moreover, Shawarma and barbecue vendors also used to obtain chicken from these suppliers.

The arrested culprits confessed to supplying dead meat to Lahore on a daily basis.

According to Islamic tradition, meat must be slaughtered in a particular way to be considered halaal. Those animals which die before they have been slaughtered are therefore not considered fit for consumption.