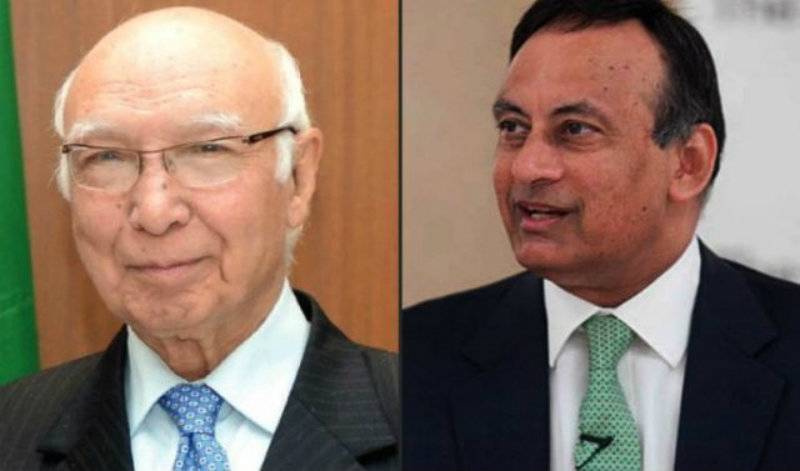 ISLAMABAD (Web Desk) – Advisor to the Prime Minister on Foreign Affairs Sartaj Aziz has said that former ambassador to the United States Hussain Haqqani is lobbying against Pakistan's interests.

"A former Pakistani ambassador is working against his own country in the US," Sartaj Aziz said during the National Assembly session on Tuesday, adding that Pakistan's diplomatic mission in the US is facing challenges due to the former ambassador's campaign.

On the other hand, former Pakistan ambassador to the US Hussain Haqqani, reacting strongly to Sartaj Aziz's 'allegations', said he was not lobbying against Pakistan's interests.

The former ambassador said he knew Aziz was talking about him because another minister had attacked Haqqani by name with similar claims, and because government officials were "looking for scapegoats to divert attention from criticism at home."

“I am now a scholar in the US, not a lobbyist,” Haqqani's statement said.