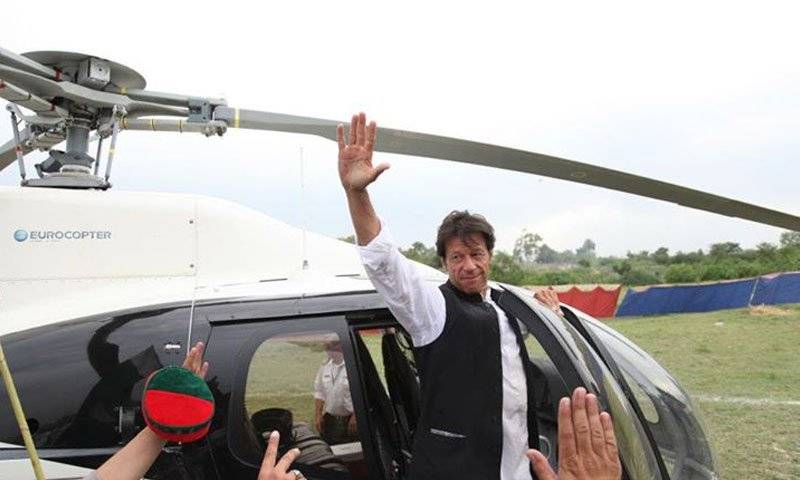 ISLAMABAD - Pakistan Tehreek-e-Insaf (PTI) chairman Imran Khan is likely to start its campaign for upcoming general elections in Pakistan, which are scheduled to be held on July 25 but in stayle and extravagenza.

According to media reports, PTI chief  Imran Khan has hired a private airplane and two helicopters to kick off party's campaign officially; the party is supposed to conduct political rallies across Pakistan.

The party is full of billionaires including magnate Jahangir Tareen who owns his private helicopter too, readily available for the PTI chief.

PESHAWAR - The National Accountability Bureau (NAB) on Tuesday launched an investigation against Pakistan ...

Earlier, Imran Khan was in headlines after allegedly using KPK's government-owned helicopter for personal use.

Imran has been travelling across the length and breadth of Pakistan in recent years with the most noticeable duration that spanned over 126 days when his party staged a strenuous sit-in in Islamabad against the alleged rigging in 2013 elections.

During the protest that dragged the ruling PML-N to its feet, Khan moved between the capital city and other cities of the country in a bid to sway the public opinion in his favour.

The cricketer-turned-politician is also lampooned for advocating simplicity at one end and living a luxurious life at the other end, though Khan contends that his lifestyle is not at the cost of taxpayers money.