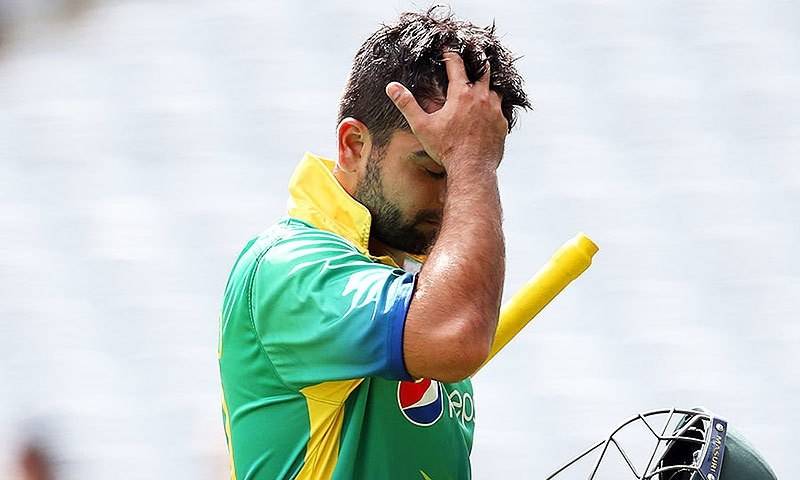 ISLAMABAD – Pakistani opener Ahmed Shehzad has been declared positive for the dope test result, stirring concerns that the player can face a ban for at least three months for violating the anti-doping laws.

Shehzad still has an option to give another test; his previous test was taken during a domestic cricket tournament held recently.

The Pakistan Cricket Board (PCB) authorities gave the news in a meeting held between selection committee and head coach Mickey Arthur on discussing the probable squad for Zimbabwe tour.

It is learned that the PCB has decided not to consider Shehzad for the upcoming tour.

Shehzad scored 14 and 24 runs in the two T20 matches against Scotland.