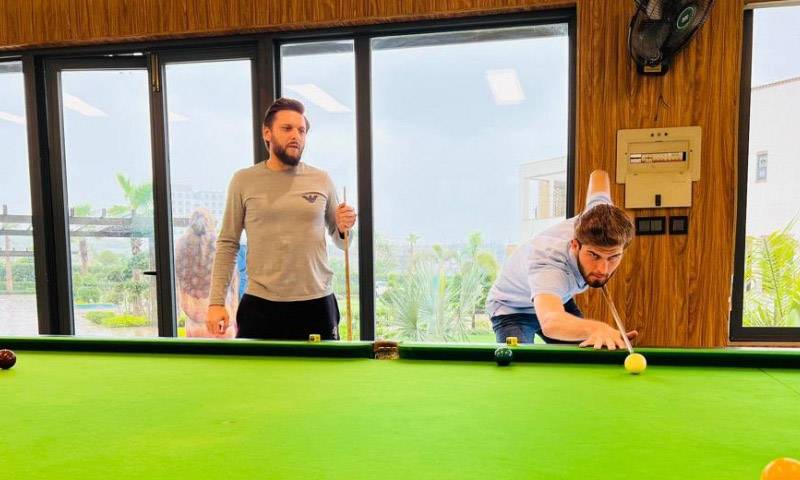 The duo is currently spending more time together as the young pacer gets a month-long break. Shaheen and Shahid are often spotted having fun on the ground.

This time Shaheen dropped a video wherein he is playing a snooker match with his future father-in-law. Boom Boom is also known for his love for the cue sport. He reportedly has a snooker area at his house.

The short clip drew the attention of cricket fans since it was uploaded on social media and fans were showering love on the video in the comments sections.

Pakistani ace paceman, Shaheen Shah Afridi got a special gift from his supposed sweetheart as he took to social media ...

Last year, the family of Shaheen approached former skipper Shahid for his second eldest daughter's hand. Later, Boom Boom confirmed that he received a marriage proposal for his daughter and shared that things will be finalized once his daughter completes her education.

Lahore Qalandars pacer Shaheen Shah Afridi gets a brand new car for his services for the franchise and the Pakistan ...